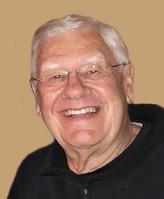 BORN
1944
DIED
2021
FUNERAL HOME
Wade Family Funeral Home - Arlington
4140 West Pioneer Pkwy.
Arlington, TX
William Donald Taylor Jr.
December 17, 1944 - September 3, 2021
Arlington, Texas - Mr. William "Bill" Donald Taylor Jr, 76 passed away September 3, 2021.
Bill was born in Salina, Kansas December 17, 1944, to William Donald Taylor and Rachel Alene Wheeler Taylor. Although Bill was born in Kansas, he was considered a native Texan!!
Bill graduated from Eastern Hills HS in Fort Worth, TX in 1963. After receiving his Associate Degree in Science in Mechanical Technology from Arlington State College (UTA) in January of 1967, he began working for Bell Helicopter and retired after 44 years of employment as an Engineer in the Methods and Material Laboratory.
Bill was an AVID Drag Racer and Drag Racing Fan from his teenage years to his passing. He was a Co-Owner and Crew Chief of a Top Fuel Dragster back in the late 1960's and spent many weekends at several race tracks, but mostly at his beloved Green Valley Raceway. Bill then took a long hiatus from drag racing when he married and raised his family. After retiring he was absolutely thrilled to become involved again in drag racing as a crew member of an AA Fuel Altered race car, the Hunter-Wasson "Jailbreak". Bill's other interests were Genealogy, Gardening, Camping and Traveling all over the United States with his family (Especially in the Colorado and New Mexico mountains !). Bill cherished his time with his Jailbreak Race family and many friends.
Bill's family was always the main focus of his life. He was the most devoted, loving, caring husband to his wife, Karen Lee King Taylor, they married February 26, 1972, and were married for 49 ½ years. He gave his wife the most Wonderful life ever! The Beloved and Brightest Lights of his life were his sons, Jason Michael Taylor, daughter-in-law Sarah Stephens Taylor, granddaughters, Lauren Allison Taylor and Rachel Gail Taylor and son, Zeke Edward Taylor. Bill's favorite name was "PePaw" as he loved being a grandfather to his two Honey Buns. His wife, sons, daughter-in-law and granddaughters were his most treasured favorites, and he loved every moment spent with them. Bill will be deeply mourned and missed by his family and friends as they remember him as a truly great man, his beautiful smile, the kindest and truest heart, his loyalty, and his sincere love of life.
A private gathering and Celebration of Life will be held for Bill. The family asks that any gifts or donations be presented to the American Lung Association of Texas.

Published by Star-Telegram on Sep. 17, 2021.
To plant trees in memory, please visit the Sympathy Store.
MEMORIAL EVENTS
To offer your sympathy during this difficult time, you can now have memorial trees planted in a National Forest in memory of your loved one.
Funeral services provided by:
Wade Family Funeral Home - Arlington
MAKE A DONATION
Please consider a donation as requested by the family.
MEMORIES & CONDOLENCES
Sponsored by the Star-Telegram.
1 Entry
Uncle Bill was a great man. You are all in my thoughts and prayers.
William Thompson
September 17, 2021
Showing 1 - 1 of 1 results