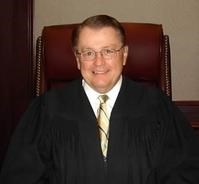 BORN
1935
DIED
2021
FUNERAL HOME
Schoedinger Funeral and Cremation Service - Northwest Chapel
1740 Zollinger Road
Columbus, OH
Smith, George C.
1935 - 2020
George C. Smith, age 84, passed away on Wednesday, April 15, 2020 surrounded by his family at Riverside Methodist Hospital. He was born in Columbus, Ohio on August 8, 1935 to the late George B. and Dorothy B. Smith. Also preceding him in death were his brothers Jack B. (Gloria) Smith and Richard (Judy) Smith. He graduated from Columbus North High School in 1953 where he was President of his senior class. George entered The Ohio State University graduating with a Bachelor of Arts degree in 1957 and was a member of Alpha Tau Omega Fraternity. He continued to earn a Juris Doctor degree from the Moritz College of Law at Ohio State in 1959. From 1959 through 1962, he served as Assistant City Attorney for the City of Columbus in both the civil and criminal divisions. As civil counsel, he served as counsel to the Columbus Board of Education and drafted the ordinance for the establishment of German Village. He then served as Executive Assistant to the Mayor of Columbus from 1962 through 1964. In 1964 he became Assistant Attorney General for the State of Ohio. From 1965 through 1970, he served as Chief Counsel to the Franklin County Prosecuting Attorney and then in 1971 became Franklin County Prosecutor, a position he held until 1980. From 1980 through 1985, he served as Judge on the Franklin County Municipal Court, and from 1985 through 1987, he served as Judge on the Franklin County Court of Common Pleas. The highlight of his professional career came in 1987, President Ronald Reagan appointed him to the United States District Court for the Southern District of Ohio. He was confirmed by the United States Senate on November 6, 1987, and took the oath of office on December 1, 1987. George volunteered his time as a member of the 2003 Ohio Bicentennial Commission, Historical Marker Committee; Chair of the Perry Group at the Perry Memorial National Park at Put-in-Bay; Commodore of the Put-in-Bay Yacht Club; several Republican organizations; Elder at Covenant Presbyterian Church; Columbus Athletic Club President; GYRO Club President; Lawyers Club President; Masons Supreme Council 33 Degree; and Shriners Tri-Village President. George will be deeply missed by his loving wife of 57 years, Barbara Wood Smith; children, G. Curtis (Christine) Smith Jr., Geoffrey C. Smith, and Elizabeth (Jonathan) Fligner; grandchildren, Toby and Becket Smith and Christina and Amanda Fligner; in-laws, Patricia (William) Martin and Robert (Daylene) Wood; numerous nieces and nephews; and his caregiver, Stella Kuhn. Family will receive friends from 4-7pm on Wednesday, June 23, 2021 at SCHOEDINGER NORTHWEST, 1740 Zollinger Road, Columbus, Ohio 43221. A Celebration of Life Service will be held at 2pm on Thursday, June 24, 2021 at SCHOEDINGER NORTHWEST. In lieu of flowers, memorial contributions may be made to the George C. Smith Memorial Law Scholarship https://www.giveto.osu.edu/makeagift/?fund=316952. Please visit www.schoedinger.com to share memories and condolences.
To plant trees in memory, please visit our Sympathy Store.
Published by The Columbus Dispatch from Jun. 12 to Jun. 20, 2021.
MEMORIAL EVENTS
Jun
23
Visitation
4:00p.m.
Schoedinger Funeral and Cremation Service - Northwest Chapel
1740 Zollinger Road, Columbus, OH
Jun
23
Visitation
4:00p.m. - 7:00p.m.
Schoedinger Funeral and Cremation Service - Northwest
1740 Zollinger Rd, Columbus, OH
Jun
24
Memorial service
2:00p.m.
Schoedinger Funeral and Cremation Service - Northwest
1740 Zollinger Rd, Columbus, OH
Jun
24
Celebration of Life
2:00p.m.
Schoedinger Funeral and Cremation Service - Northwest Chapel
1740 Zollinger Road, Columbus, OH
Funeral services provided by:
Schoedinger Funeral and Cremation Service - Northwest Chapel
MAKE A DONATION
MEMORIES & CONDOLENCES
Sponsored by The Columbus Dispatch.
2 Entries
A very wonderful gentleman, husband and father, and an outstanding lawyer and judge who dedicated his life to the rule of law and welfare of the Central Ohio community whom he so loved. He will always be remembered, and he will always be missed. We are especially thankful for the opportunities he provided us, and will be forever grateful for them. Godspeed, George. Blessings and peace for your family.
Jim & Barb Lewis
Coworker
June 13, 2021
Fond memories ,always, of this wonderful man..from North High and beyond.
He was truly one of the good guys!!! Rest In Peace...
Ann Wollett Snyder
Classmate
June 13, 2021
Showing 1 - 2 of 2 results