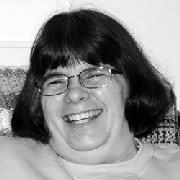 ABOUT
Whetstone High School
FUNERAL HOME
Southwick-Good & Fortkamp Funeral Chapel
3100 North High Street
Columbus, OH
Barnum Mary Sue Barnum, 62, of Marengo, died May 4, 2016. Born in 1954 to James R. and Elaine T. Barnum. Mary Sue graduated from Columbus Whetstone High School, 1972, and from The Ohio State University in 1976 with a degree in Natural Resources. Mary Sue loved nature and the animal world, in particular thoroughbred horses and marine mammals. Her novel, Hearts Healed on Bluegrass, was published in 2014. Her passion was breeding, raising, and showing longhair miniature dachshunds. She owned and managed BARBEMAC kennels of Marengo and had over 65 AKC champions, including the #1 longhair bitch/#1 miniature longhair of 1995. She is preceded in death by her father in 1984 and by her mother in 2015, by uncles and aunts Oscar L. "Tommy" (Alice) Thomas, Jr., Frank L. (Ruth) Barnum, Jr., William (Noreen) Barnum and Dorothy Barnum. She is survived by sister, Rita Barnum (Dennis Lyons), Upper Arlington; and by brother, Thomas J. (Mary) Barnum; by niece, Jamie (Steve) Roderer; and nephews, Matthew Barnum and Zachary Barnum, all of Columbus; by cousins, Patty Thomas (Fred Fletcher), Parker, CO, Carol Barnum, Columbus, Peggy Barnum, Worthington, Oscar L. "Chip" (Erin) Thomas, III, Westerville, William (Diana) Barnum, Hilliard and Gregory Barnum, CA. In addition to her extended family, she leaves behind close friend, Nancy (Frank) Turner. Family will receive friends from 10 a.m.-12 noon Wednesday, May 11, 2016, at SOUTHWICK-GOOD & FORTKAMP FUNERAL CHAPEL, 3100 N. High St., Columbus, OH 43202. Inurnment will be private. The family would like to thank the physicians, nurses, and staff of The James Cancer Hospital and Solove Research Institute for their professional and dedicated care of Mary Sue (in particular, Alice Mims, M.D.); the staff of Ohio Health Hospice, Kobacher House; and the physicians and nurses at the University of Michigan Health System (especially Dale L. Bixby, M.D.). Mary Sue, with her medical teams at The Ohio State University and the University of Michigan, fought valiantly against acute myeloid leukemia (AML) for 9 months. She hoped that her participation in two clinical trials would lead eventually to a cure for the particularly aggressive mutation of AML that plagued her, FLT3. In lieu of flowers, please consider a donation in memory of Mary Sue to Flying Horse Farms (www.flyinghorsefarms.org), 5260 State Route 95, Mt. Gilead, OH 43338; the National Marrow Donor Program (www.bethematch.org); The Leukemia And Lymphoma Society, www.lls.org; or to the charity of your choice.

Published by The Columbus Dispatch from May 6 to May 9, 2016.
To plant trees in memory, please visit the Sympathy Store.
MEMORIAL EVENTS
To offer your sympathy during this difficult time, you can now have memorial trees planted in a National Forest in memory of your loved one.
Funeral services provided by:
Southwick-Good & Fortkamp Funeral Chapel
MAKE A DONATION
Please consider a donation as requested by the family.
MEMORIES & CONDOLENCES
13 Entries
I miss you my dear friend. We had alot of fun with those breyer horses and talking about thoroughbreds...I'm sorry i didn't get to say goodbye...and i want to thank you for the little stablemates you have given me that you painted. I will treasure them forever. Miss you.
Danielle K
July 21, 2016
Danielle K
July 21, 2016
Mary Sue,

I am devastated to learn of your passing. I will miss our get togethers, model horse shows, shopping at Equine Affaire and dog shows. I am glad you got to come up and ride my TWH before your illness. I am so sad I didnt get to hug you one last time. Rest in peace, my friend.
Karen Cook
June 18, 2016
You will be missed Mary Sue. You were a fixture in the live show world in Ohio, always happy to show & answer questions that were asked. It wont be the same without you.
Carissa Kirksey
June 16, 2016
Please accept my sympathies. I didn't know Mary Sue all that well, but 10 years ago, I acquired a puppy from her. He's the sweetest little boy, and I love him dearly. I know she provided her furbabies excellent care. I recall how nice she was when we met. Again, my sympathies...
Doris Oursler
May 12, 2016
Rita, I am so sorry to learn of your loss. I remember Mary Sue from when you and I were in elementary school. I see her pretty smile remained the same~ My condolences~
Jane Trinter Reed
May 11, 2016
We are so sorry for your loss. Our caregivers came to care for Mary deeply in the brief time we were there caring for her. She will be missed! Holding you and your family in prayer.
Visiting Angels of Central Ohio
May 9, 2016
You left the dachshund world better than how you found it....rest in peace.
Daryl Turner
May 8, 2016
Will miss you Mary Sue. Karyn and I appreciated your contribution to the miniature longhaired dachshunds and enjoyed our conversations with you.

We will be planting MIlkWeed in our yard in your honor due to your love of Monarch Butterflies
Jeff & Karyn Dionne
May 8, 2016
My world is a little sadder knowing that you are not in it anymore , I will treasure our conversations and the way you made me laugh .....
Lynda Starbuck
May 8, 2016
Mary Sue was a great friend when we were growing up, we had many family friends in common. We laughed a lot, and that's what I'll remember.
Michael Hatfield
May 7, 2016
Mary Sue you were a very special person and friend. You shared your knowledge with so many who will never forget you. At last you are at peace and will be greeted by your friends and beloved dogs at the Rainbow Bridge. We all send our condolences to your family.
Jeanne Rice
May 7, 2016
RIP Mary Sue. Enjoyed her book as well as school days with her. May comfort surround her family and friends at this difficult time.
Martha McGinnis
May 7, 2016
Showing 1 - 13 of 13 results