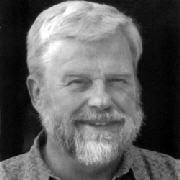 FUNERAL HOME
Dwayne R. Spence Funeral Home - Pickerington
550 Hill Rd. N.
Pickerington, OH
Bundy Richard P. Bundy, 68, of Pickerington, OH and Riggins, ID, died on Monday, February 10, 2014 at Mount Carmel West Hospital in Columbus, OH. Born to the late Hugh and Dorothy (Palmer) Bundy of Elkhart, IN, Dick was a 1963 graduate of Elkhart High School. He was the owner of Bundy Environmental Technology and ran the company for over 20 years. Dick loved the outdoors, was an avid woodworker, and a coach for two generations of soccer players. He will be remembered for his great sense of humor, his neighborliness, his forthright manner, and his honesty (except regarding the Easter Bunny, Santa Claus, and a parking ticket or two). Dick is survived by his wife of over 47 years, Daveda; children, David (Allison) Bundy of Lincoln, NE and Kathy Smith of Pickerington, OH; grandchildren, Dalton, Genevieve, Jacob, and Samuel Bundy and Olivia and Phoebe Smith; and his sister, Barbara (Gordon) Koshio of Boulder, CO. Friends may visit from 2-4 p.m. on Saturday at the DWAYNE R. SPENCE FUNERAL HOME AND CREMATORY, 550 Hill Rd. N., Pickerington, OH 43147. In lieu of flowers, donations can be made in Dick's memory to the American Cancer Society at www.cancer.org and The ALS Association of Central and Southern Ohio Chapters at www.webcsoh.alsa.org. Online condolences at www.spencefuneralhome.com

You and your family are in our prayers. I was sorry to hear about the loss of your dad. Deepest condolences.
Stephanie Brown
February 14, 2014
Daveda, Kathy and David:
My condolences for your loss - Dick was a wonderful individual and a very good businessman. I enjoyed working with him and BET for many years. His love for his family was obvious and his eyes lit up when he shared stories of his grandkids. I will keep you all in my prayers.
Linda Sheridan
Snyder & Co.
Linda Sheridan
February 12, 2014
Showing 1 - 3 of 3 results