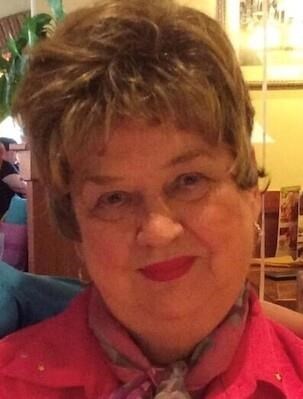 Murfreesboro - Agnes Sidelle Smoak Terry, age 86 of Murfreesboro, Tennessee, passed away Sunday, November 29, 2020. She was a native of Charleston, South Carolina and the daughter of the late Henry Orange Smoak and Agnes Pollard Smoak. In addition to her parents, she was also preceded in death by her husband, Tommy Dension Terry, and a brother, Anton Beverly Smoak.

Survivors include a son, Robert D. Terry, daughters, Catherine D. Terry and Lisa Terry Swank and husband Robert, all of Murfreesboro; grandchildren, Dustin Swank and wife Kristen of Maryville, TN, Garrett Swank of Florida, Thomas Swank of Murfreesboro; and a host of other loving family and friends.

Mrs. Terry was a graduate of the Spartanburg, SC General Hospital nursing program and went on to have a 33-year career as a registered nurse at the Alvin C. York VA Medical Center in Murfreesboro. She along with her daughter Catherine were co-owners of Bella Vista Fabrics in Murfreesboro.

Visitation will be Monday, December 28, 2020 from 4:00 p.m. until the time of a memorial service beginning at 6:00 p.m. at Woodfin Memorial Chapel. She will be laid to rest next to her husband in the Christ-St. Paul's Episcopal Parish Cemetery in Hollywood, SC at a later date.

An online guestbook is available for the Terry family at www.woodfinchapel.com.


Published by The Daily News Journal from Dec. 4 to Dec. 27, 2020.
To plant trees in memory, please visit the Sympathy Store.
MEMORIAL EVENTS
Dec
28
Visitation
4:00p.m. - 6:00p.m.
Woodfin Funeral Chapel - Murfreesboro
1488 Lascassas Pike , Murfreesboro, TN
Dec
28
Memorial service
6:00p.m.
Woodfin Funeral Chapel - Murfreesboro
1488 Lascassas Pike , Murfreesboro, TN
Funeral services provided by:
Woodfin Funeral Chapel - Murfreesboro
MAKE A DONATION
MEMORIES & CONDOLENCES
Sponsored by Woodfin Funeral Chapel - Murfreesboro.
8 Entries
I am so sorry to hear about your Mom's passing. She was such a lovely lady. You will be in my thoughts and prayers
RJ Hadle
rj hadle
December 29, 2020
Agnes was a wonderful nurse worked with her many years at the
VA Medical Center. Stopped by and talked to her many times at Bella Vista Fabric. We were born the same month and same year and she always kidded me about being younger than me even though she was only a few days younger. I sure will miss her.
Lailia Jordan
Friend
December 20, 2020
I will pray for her children as she prayed for me. i will remember fondly the few times that i met her as an adult. i will forever hear her voice when i think of her and never forget her positive can-do mindset.
Jamie Wilson
Friend
December 17, 2020
Aggie had a warmth and a joy that was just infectious. She had the ability to make everyone feel like family. This little lady had a larger than life love for her Lord, her family and anyone who had the privilege to know her.
Sheri Greene
Friend
December 16, 2020
So sorry for the loss of such a sweet lady. May God Bless Her and She Rest in Peace. Prayers for the Family.
R Prater Yellow Cab
Neighbor
December 7, 2020
What a blessing in our lives! She was such a lovely person inside and out. We will miss her and pray blessings on her family. 1Thess. 4:13-14
Pati & Pat Shannon
Friend
December 5, 2020
We are heartbroken! We had hoped to see each other again to share our memories of time past. We had many wonderful times as neighbors and visited in Tennessee and Charleston. We played cards together ( penny ante poker) . Agnes taught me to sew and cook. We took art classes with her Mom and us from Claude Sites in Claymont DE in the 60’s. I recently sent her one of my landscapes which she was so happy to get. She had a great sense of humor and had a pure soul. She and Tom were our son Jamie’s godparents. We pray for peace and comfort for Bob, Cathy, Lisa and her family and friends who mourn with us. May she Rest In Peace.
Carol Wilson
Friend
December 2, 2020
Bob, Cathy and Lisa, please know that our hearts are broken for you during this difficult time. We always will love your Mom and Dad and cherish the memories from years ago. I had always hoped to see your Mom again but will always remember the sound of her voice and laugh as it brings a smile to my face.
Scott Wilson
Friend
December 1, 2020
Showing 1 - 8 of 8 results