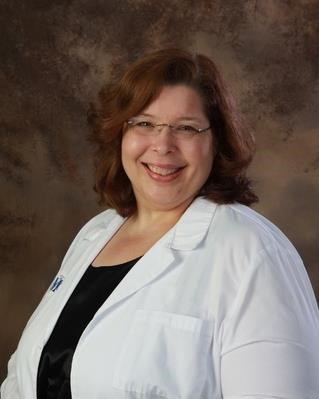 Murfreesboro - Ms. Janet Marie Brown, MSN, FNP-BC, MSCN, age 54, of Murfreesboro, TN passed away Sunday, September 8, 2019. She was born in Cincinnati, OH to the late Jerome and Martha Herbold Brown. Ms. Brown's calling was nursing. She became a travelling nurse all over the country and took care of Mrs. Walt Disney in the 1990's. She graduated Austin Peay University in 1998 with her BSN. She returned to Nashville and put herself through nurse practitioner school while working full time and graduated Tennessee State University in 2001. Ms. Brown became the first Tennessee nurse to be multiple sclerosis certified in 2004. She began her practice at Murfreesboro Medical Clinic in 2011. Ms. Brown's focused on treating patients diagnosed with multiple sclerosis. She was a faithful member of St. Rose of Lima Catholic Church.

Visitation with the family will be Saturday, September 14, 2019 from 12:00noon until 1:00pm at Woodfin Memorial Chapel. Funeral services will be held Saturday, September 14, 2019 at 1:00pm at Woodfin Memorial Chapel. Father Joe Campion will officiate. Placement in the columbarium at St. John the Baptist Catholic Church in Newburgh will take place at a later date.

An online guestbook is available for the family at www.woodfinchapel.com. Woodfin Memorial Chapel (615) 893-5151


Published by The Daily News Journal on Sep. 11, 2019.
To plant trees in memory, please visit the Sympathy Store.
MEMORIAL EVENTS
Sep
14
Visitation
12:00p.m. - 1:00p.m.
Woodfin Funeral Chapel - Murfreesboro
1488 Lascassas Pike , Murfreesboro, TN
Sep
14
Funeral service
1:00p.m.
Woodfin Funeral Chapel - Murfreesboro
1488 Lascassas Pike , Murfreesboro, TN
Sep
21
Funeral service
9:00a.m.
St. John the Baptist Catholic Church
Newburgh, IN
Funeral services provided by:
Woodfin Funeral Chapel - Murfreesboro
MAKE A DONATION
MEMORIES & CONDOLENCES
Sponsored by Woodfin Funeral Chapel - Murfreesboro.
27 Entries
May the God of comfort bring the family peace in this difficult time.
September 8, 2020
Sorry for her passing God has gained back one of his many children. I was her patient for a few years and she has always been able to help me and lots of prayers to her family.
Rawlin Jernigan
December 5, 2019
So sorry to hear about this today Nov 26th 2019. Ms. Janet Brown was such a blessing to my son she was his neurologist and friend. She was trully a sweet person with a heart of love and compassion for all those she came in contact with. I was saddened as I just found out but as I got to thinking she 's gonna have Thanksgiving in the heavenly realms and what a feast that will be. Many prayers and condolences for your family during this time of loss.
Blessings
Turner Family
Tammie Weshah
November 26, 2019
I wanted to drop you all a note and tell you that I was so sorry to learn of Janet's passing. (I just learned today.) Janet has been my neurologist since I moved to Murfreesboro in 2012. She always listened to me and encouraged me. She also helped talk me into trying a new medication that was a real life changer for me. She made a big difference in a lot of folks' lives. I am sure you already know that but I wanted to tell you another time.

Again, I am so sorry for your loss.


Ariana Postlethwait
Acquaintance
November 20, 2019
Janet was a WONDERFUL Nurse and a patient advocate. I was her patient for several years ,and she always addressed my concerns. She helped me deal with my migraines. I will surely miss her contagious smile and how much she cared for her patients. I remember how much time she spent with me when my father passed and I was arguing with my siblings over getting some of my dads ashes. She took the time to talk to me and help me work through my grief. No mater how busy she was she took her time helping me through my stress. I will very much miss her, and her sweet sweet demeanor.
Phyllis Zaretzky
November 18, 2019
Thank you for taking care of my mom Mrs. Johnnie C. Dillard you will be dearly missed. McKinley family. We found out today so sorry to hear....
Sandra McKinley
October 30, 2019
I really appreciated your commitment to the best care for your patients. You will be missed.
Thomas Dowd
Acquaintance
October 15, 2019
Sorry to hear of this loss. She was my neuro at the clinic. She really cared about her patients and really listened.
Janelle M
October 3, 2019
Gerard, Pam and the entire Brown family,
Words can not express how heavy my heart is for you all. I wish that I could have known such an amazing woman. If she is anything like her brother, Gerard, you are all blessed to have had her for a sibling and a friend. May her memory sustain during this sad time and keep her close to your hearts. May she rest in peace and watch over all of you from her amazing new front row seat.
Laura Araujo
Friend
September 24, 2019
I am so sorry for your loss. JANET was my dr for ms for a few years. She was a great person and done her job well and cared deeply for her patients. Will be missed.
Amy Craven
Friend
September 20, 2019
She was my neuro at MMC. Even with all I dealt with after my accident, she somehow managed to get a laugh out of me before each appointment was over. Janet was such a special lady, with a personality bigger than life. May she rest easy, as she is now healed. She will never be forgotten, nor will the time she compared me to the crooked little lady in the crooked little house. Anytime someone mentions it now, I think of her and I'm sure that will never change.
Jenni Clark
September 12, 2019
So sorry to hear about Ms. Janets passing. I know she was so loved by all of you. Thinking of you all in this time.
Shannon McCrary
September 12, 2019
We are so sorry to hear of Janet's passing. May she rest in peace. May Jesus' love comfort you.
Don & Margaret Vaal
Friend
September 12, 2019
Ive been with Janet 5+ of my 7 years with MS. She was truly wonderful and would do anything for me!! I am still in shock of her passing and will truly miss her! My condolences and prayers to all the family and those who loved her as I did.
Judy Pugh
Friend
September 12, 2019
Ms. Janet was so caring and listened! She truly wanted to help people. I had missed her at my last several appointments and am so sorry to learn of her passing.
Carolyn Waldron
September 11, 2019
Janet was the most caring physician for her patients. She was a light in my life at a very dark time. Always striving for her patients with ms to do better and be the best they could be. I will miss you my friend.


Mary Ann Corrigan
September 11, 2019
Janet was my neurologist, very brilliant, so kind, and humorous. I miss her sweet smile. May God bless her family.
Bessie Summar
Friend
September 10, 2019
She was one of the kindest people I met. She always saw me for my migraines. May her memories live on.
Celeste Ferguson
Acquaintance
September 10, 2019
I've known Janet for many years and she was so kind and loved the work she did for her patients. She will be missed by so many - her smile always lit up the room and I will miss seeing it.
Carolyn Waller
September 10, 2019
Janet was my neurologist since 2016. She was a very kind and understanding provider and she will be greatly missed. So sorry for the loss of a great woman.
Marilyn Harper
Friend
September 10, 2019
Janet has treated my MS for over a decade and I have missed her at my appointments and very sad she has passed. I love you Ms. Janet and thank you for all the years!! You really helped me!!!!
Linnea Lauderback
September 10, 2019
I worked with Janet at St. Thomas Hospital in the 1990's. She was a great co-worker who always had a smile on her face and a witty comment, especially in tough situations. My prayers for her family and friends. Undoubtedly, she is now at peace.
Kelly Ernst
Coworker
September 10, 2019
It was my pleasure to have met her thru MS clinic. May she RIP
Maria Febres
Acquaintance
September 10, 2019
Janet was a speaker at some of the MS events I attended. She showed great concern for us and was always willing to answer questions even though we may not have been one of her patients. Her advocacy for people with MS defined her character to those who otherwise did not know her. She will be missed. Rest in peace, Janet.
Stephen Brazil
Acquaintance
September 9, 2019
Janet was brilliant, witty, kind, loving, a dedicated nurse and a dear friend to many in her Tennessee family.
Until we meet again my sweet friend.
Denise Germino
Coworker
September 9, 2019
Janet was so kind and attentive to my Mother for several years. She was gentle, patient and understanding to her needs as she dealt with her MS. I am so sorry to hear about this. Losing Janet is a great loss to the MS community in Murfreesboro. Prayers for your family during this difficult time.
Kalyn Catlett
September 9, 2019
Showing 1 - 27 of 27 results