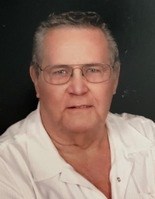 BORN
1935
DIED
2021
Gregory (Greg) Gene Stout
Pea Ridge, AR - Gregory (Greg) Gene Stout
Gregory (Greg) Gene Stout age 86 of Pea Ridge Arkansas, passed away on Oct 11th, 2021 at Mercy hospital in Springfield, MO due to cardiac arrest.
Greg was born on June 29th, 1935 in Gypsum Kansas to Nadine and Harry Stout. He grew up in Gypsum,KS graduating from Gypsum High School. He served in the Navy and was honorably discharged in 1954 he then served in the Marine Corps until he was honorably discharged in 1957. He went on to work for Woolworth before moving on to Alco/Duckwall managing the Alco in Dodge City, Kansas for many years. He then worked for Cooper Homes until his retirement.
Greg lived in many places throughout the mid-west in his lifetime. He enjoyed his time boating on Beaver Lake most of all. He liked working with CB radios and was a fan of Arkansas Razorbacks and Kansas City Chiefs football. He enjoyed spending time with his grandchildren and friends, riding motorcycles, and enjoying a meal out. He had a strong love for dogs and Peaches will miss him greatly.
Greg met his first wife during while they were both serving in the Marine Corps. He married Connie Toburen of Manhattan, KS in November 1956. They had two children together Mike and Sandy. Although their marriage did not last forever, they maintained contact throughout the years. Greg later married his second wife Dorothy Robertson in Aug 1970 growing his family with three stepchildren. Dorothy proceeded him in death. Greg then married his third wife Kathleen Israel in June 2003 further growing his family with five stepchildren, Kathleen proceeded him in death. He then married his fourth wife Peggy Dewitt whom he married in Sept 2014 they later divorced.
Greg is survived by his brother Gary Coe of Kanopolis, Kansas. His son Mike Stout of Kansas City, Missouri and his daughter Sandy Chard and her husband Dennis of Bella Vista, Arkansas; his stepchildren Geraldine Ridgeway and her husband Ivan. Sharon Risher and her husband Walter. Carla Oliver (deceased) and her husband David. Duane Lenz and his wife Darlene. Rodney Lenz (deceased). Brenda Jensen. Terri Woods and her husband Rodney. Phyllis Forbes and her husband Terry. His grandchildren; Tyler Stout and Miriam of Orlando, FL. Jacob Chard and his wife Susan of Centerton, AR. Teara Short and her husband Jason of Jane, MO. Chris and Rachel Hughs, Debbie and Alan Popp, Liz Ridgeway, Susan Mooney, Shelly Rogers, Paul and Missy Oliver, Greg Lenz, Nick Lenz, and his wife Clystia, Blaise Dewell and her husband Brian, Derek Jensen and his wife Natalie, Tyler Woods, Dylan Woods and his wife Jordan, Terry Lynn Forbes, Tommy Forbes, Tony Forbes. His great grandchildren; Logan, Cameron, Hayden, Rhett, Preston, Molly, Avalyn, Violet, Jack, Killian, Aidrian, Serenity, Derrick, Aaron, Josh, Brooklyn, Lynsey, Kaitlyn, Ashley, Cole, Peyton, Kaylee, Jackson, Emma-Kate, William, Ella Grace, Sawyer, Eliza Grace, Cameron, Cambria, Jayce, Bentley. His Niece Jenny Thornton. Nephew Jarid Coe. His friend and companion Rebecca Jones of the home.
The family will be holding a private remembrance on Saturday Oct 16th. Ashes will later be spread at Greg's favorite place.
In leu of flowers, memorial donations to be made to the organization of your choice in Greg's name.
Published by Dodge City Daily Globe from Oct. 14 to Oct. 15, 2021.
To plant trees in memory, please visit the Sympathy Store.
MEMORIAL EVENTS
To offer your sympathy during this difficult time, you can now have memorial trees planted in a National Forest in memory of your loved one.
MAKE A DONATION
MEMORIES & CONDOLENCES
0 Entries
Be the first to post a memory or condolences.