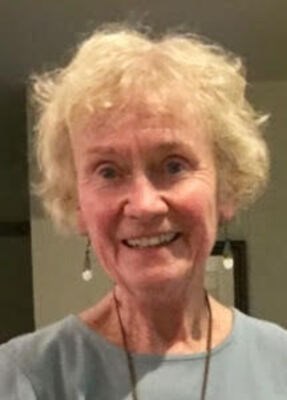 She was born April 20, 1941 in Freeport, Illinois, daughter of the late Roy Edward and A. Doris (Erickson) Hefty. Sue grew up in Orangeville, Illinois and graduated from Orangeville High School with the Class of 1959. She went on to attend University of Wisconsin - Stout, where she graduated with her home economics teaching degree in 1963. During her first week on campus, she met Charles "Chuck" Johnson. Although she was adamant that she was only in college to gain an education and not a husband, Sue couldn't help falling in love. The two were wed during their senior year on December 29, 1962 at Evangelical United Brethren Church in Orangeville. On campus, she was a member of the Alpha Phi Sorority, an editor for the student newspaper, where she advocated for the rights of minorities, and was crowned Junior Prom Queen.

After Chuck and Sue graduated, they moved to Waunakee, Wisconsin and she began teaching home economics. After three years, she decided to go back to college, this time at University of Wisconsin - Madison, where she obtained her Master's and Doctorate Degrees in Clinical Psychology. They moved to the small town of Fort Atkinson for 14 years, where they raised their three sons. They relocated to Overland Park, Kansas, a suburb of Kansas City, in 1982 and Sue excelled in dual-diagnosis psychology for the depressed and addicted. She quickly became well-known and well-respected by patients and colleagues alike. Alongside two others, she co-founded the concept of group cognitive therapy. She was licensed in Kansas and Missouri and was a member of the American Psychological Association.

While in Kansas City, Chuck and Sue became avid sailors and were members of the Lake Perry Yacht Club, where Sue was affectionately known as the "Snack Queen". They also had summer homes in Sister Bay since the 1980s and decided to move to Fish Creek permanently upon Sue's retirement in 2012. They were members of Fish Creek Community Church, where Sue dedicated much of her time doing missionary work, participating in the Women's Bible Study, ushering for services, and quilting.

She had a generous heart that was evident in the devotion of raising her children, assisting with her grandchildren's upbringing, and rescuing multiple bichons. Sue was passionate about childhood development, both professionally and personally. She enjoyed cross-country skiing, biking, and running and ran her first marathon in her 50s. When the weather wasn't ideal, she could be found at Curves or the Northern Door YMCA.

She was preceded in death by her parents, Roy and Doris Hefty; daughter-in-law, Sandra Joseph; and siblings-in-law, Sandra Kennedy, Gregory Johnson, and Jan Johnson.

Sue's life will be celebrated with a memorial service at Fish Creek Community Church on Friday, July 23, 2021 at 10:30 am. She will be laid to rest in Little Sister Cemetery.

Casperson Funeral Home & Cremation Services of Sister Bay is assisting the Johnson family. Expressions of sympathy, memories, and photos of Sue may be shared with her family through her tribute page at www.caspersonfuneralhome.com.