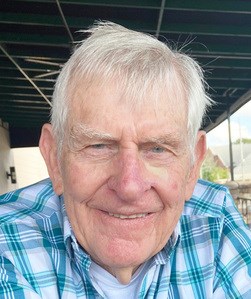 Graveside service will be held at Memory Hill Cemetery at 11:30 a.m., Friday, October 15, 2021 with Pastor Troy West officiating and Glover Funeral Home directing. The family will receive friends at the funeral home from 10:00 a.m. until 11:00 a.m. on Friday prior to service time.

Flowers are being accepted or memorials may be made to a favorite charity.

Born in Dothan on December 3, 1932, to Donald Brinton Hammond and Mattie Belle Bryant Hammond, George was a graduate of Dothan High School and Auburn University School of Pharmacy.

Mr. Hammond was a veteran of the U.S. Army and served during the Korean Conflict. He was the owner and operator of Plaza Pharmacy in Dothan for many years.

Mr. Hammond is predeceased by his parents and his wife, Nancy Williams Hammond who died in 2002.