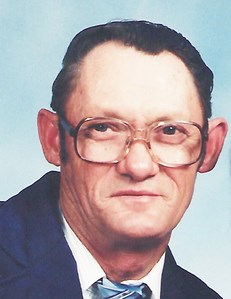 Born in Graceville, Florida, on July 4, 1938, Kenny was one of 12 children born to Glen and Doxie Ann Cutchen Elmore. At the age of 23, on November 7, 1961 he entered the Army and was stationed in Fort Chaffee, Arkansas, for basic training. During his career in the Army, he spent 18 months in Berlin, Germany, and was honorably discharged on November 7, 1967, with a total of six years in the Army and Army Reserves. While in the Army he received the Good Conduct Medal, Army of Occupation Medal, Armed Forces Expeditionary, Expert Pistol .45, Expert Rifle M-14, Sharpshooter M-60, and Cold War Medal. Kenny made his home in Ashford, Alabama and spent the next 30+ years building homes and raising his two girls, before retiring in 2000.

To plant trees in memory, please visit our Sympathy Store.
Published by Dothan Eagle from Nov. 21 to Nov. 22, 2020.
MEMORIAL EVENTS
No memorial events are currently scheduled.
To offer your sympathy during this difficult time, you can now have memorial trees planted in a National Forest in memory of your loved one.
Funeral services provided by:
Jeffcoat-Trant Funeral Home
GUEST BOOK
0 Entries
Be the first to post a memory or condolences.