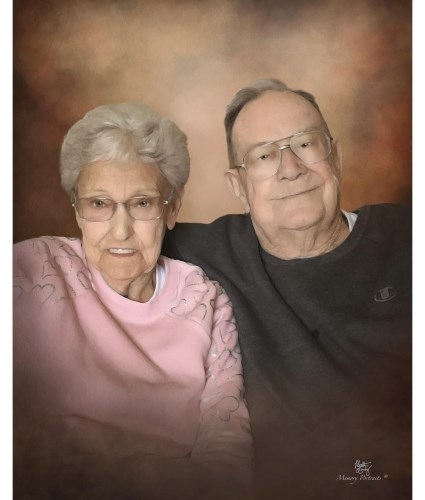 Born November 16, 1933, in Staunton, VA, he was the son of the late Robert Gray and Thelma (Liptrap) Ellinger. He was also preceded in death by two sisters, Margaret "Peggy" Sprouse and Fonda Ellinger.

Mr. Gray was a retired electrician, having worked at the Social Security Administration complex in Baltimore. He had previously worked as a shipyard supervisor for Bethlehem Steel. A U.S. Army veteran of the Korean War, he was a member of Proctor Kildow Post 71, American Legion.

Bobby is survived by his wife, Sandra Ann (Rodeheaver) Wassil Gray, whom he married March 18, 1982, and who passed away after he, on August 27, 2021; one son, James Gray; one stepson, Charles Joseph Wassil; one step daughter, Mary Lou Ray and husband, Troy, Kingsville, MD; one brother, Ricky Ellinger, Rocky Mount, NC.

Born December 23, 1943, in Baltimore, MD, she was the daughter of the late Mary (Rodeheaver) Wilt and step father, Tilden Wilt. She was also preceded in death by her husband, Bobby Vasco Gray, who passed away Thursday, August 26, 2021; one brother, Albert "Charlie" Everd.

Sandra was employed as a cafeteria worker and custodian for the Baltimore County Public Schools.

Condolences may be sent to the family at www.newmanfuneralhomes.com.
Published by Dundalk Eagle from Aug. 30 to Aug. 31, 2021.
To plant trees in memory, please visit the Sympathy Store.
MEMORIAL EVENTS
To offer your sympathy during this difficult time, you can now have memorial trees planted in a National Forest in memory of your loved one.
MAKE A DONATION
MEMORIES & CONDOLENCES
0 Entries
Be the first to post a memory or condolences.