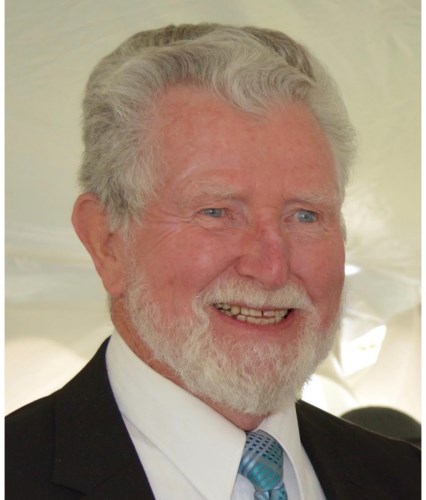 BORN
1933
DIED
2021
ABOUT
Sparrows Point High School
FUNERAL HOME
Duda-Ruck Funeral Home of Dundalk, Inc.
7922 Wise Avenue
Dundalk, MD
On Veterans Day, November 11, 2021, proud Navy veteran, Dale Lee Grimes, Sr., died peacefully and went home to be with his Lord and his beloved wife Catherine L. Grimes (nee Thompson) who passed on August 24, 2020. Dale is survived by his devoted children Dale L. Grimes, Jr. and his wife Louise, Judith C. Bechtel and her husband Jay and William A. Grimes and his wife Anita; grandchildren Elizabeth and her husband Jeremy Shankle, Mary and her husband Craig Fadel, Andrew Grimes and his wife Ashley, Jay Bechtel and his wife Nicole, Jayson Bechtel and his wife Victoria and Jillian Bechtel; and great-grandchildren Clara, Melody and Colton Fadel, Huck Bechtel, Leonardo Shankle and Lena Bechtel. He is also survived by his dear sisters Hattie Hall and Esther Hannigan, many nieces, nephews, other relatives and many friends.

Dale was born September 29, 1933 in Grafton, West Virginia and moved to Baltimore at an early age. He resided for over 80 years in Fort Howard, MD. Dale was surrounded by the love and support of his family, church family and friends when he passed at Gilchrist Hospice Center where he spent a few days at the end of his battle with cancer.

Dale graduated from Sparrows Point High School in 1953 and enlisted in the Navy where he served four years active duty followed by 34 years in the Naval Air Reserves. He enjoyed international travel while serving as a Chief Petty Officer and with his wife on many vacation trips, as well. He worked as an electrician at Western Electric for 30 years before his retirement when the plant closed. A marathon runner, Dale could often be seen running from his home in Fort Howard to work at Western Electric. After his retirement he and his wife generously contributed to the care of each one of their grandchildren.

Dale was an active member of the Fort Howard Community Church where he faithfully served many years as a member of the choir, deacon and teacher. Dale loved playing his guitar and keyboard, singing and sharing his musical gifts with many people throughout his lifetime. He served as a musician at the High Rise Church for 10 years and regularly accompanied his church choir on guitar during cantatas. He also was a writer who enjoyed sharing entertaining tales of his life growing up in West Virginia and Fort Howard, his time with Western Electric and his many Navy memories. A beloved member of his family, church family and Navy family, Dale was an example of a life well-lived to all he met.