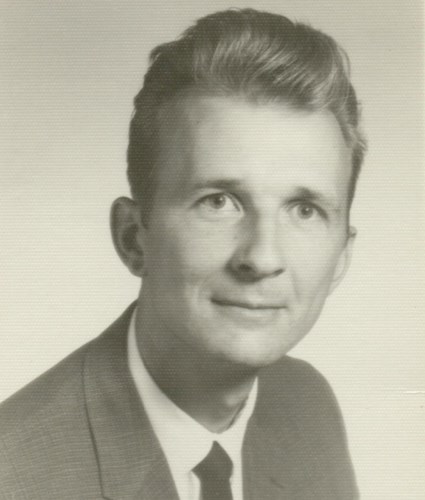 Donald Cyzyk was born to Adolph and Emma Cyzyk in Dundalk, Maryland, on August 14, 1934.

He began his work life as a teenaged Pin Boy at Pinland Bowling Alley on Dundalk Avenue. After graduating from Dundalk High School in 1953, he followed his father and older brother and worked in the Bethlehem Steel plant at Sparrows Point. After a few years there, he joined the United States Navy and was stationed, variously, in Oklahoma City, Memphis, Virginia Beach, and Guantanamo Bay, Cuba. He served aboard an aircraft carrier, patrolling the Mediterranean, as an electronics technician.

After leaving the Navy, he returned to Bethlehem Steel briefly as a machinist apprentice before deciding to attend Towson State Teachers College in 1957 on the G.I. Bill. As part of his education there, he served as a student teacher at Ridgely Middle School. Post-graduation and starting in 1961, he had a long career in the Baltimore County Public School system as a mathematics teacher, first at Towsontown Junior High School, then Parkville Middle School, and finally at Eastern Vocational-Technical High School. A famously difficult grader, if you received an "A" in his class, it meant you had mastered the math.

During the summers of the earlier part of his career, he was a swimming instructor at Camp Louise in Cascade, Maryland. After that era, he enjoyed spending summers gardening, boating, camping, and a multi-decade period living in the Cyzyk Family beach house in Fenwick Island, Delaware, where he liked to put on a pair of old tennis shoes, grab a net, and go mucking about in the salt-water marshes of the Delaware inland bays to see what he could find.

He retired from the Baltimore County Public School system in 1990.

He was a consummate dumpster diver, often rescuing discarded, but still useful, items to clean up and donate to charities.

He is survived by his wife of 60 years, Janet "Kepy" Cyzyk of Parkville, Maryland, sons Mark Cyzyk (Tammy) of Towson, Maryland and Paul "Skizz" Cyzyk (Jen Talbert) of Baltimore, Maryland, and a grand daughter, Genevieve Cyzyk.
Published by Dundalk Eagle on Sep. 28, 2021.
To plant trees in memory, please visit the Sympathy Store.
MEMORIAL EVENTS
To offer your sympathy during this difficult time, you can now have memorial trees planted in a National Forest in memory of your loved one.
MAKE A DONATION
MEMORIES & CONDOLENCES
0 Entries
Be the first to post a memory or condolences.