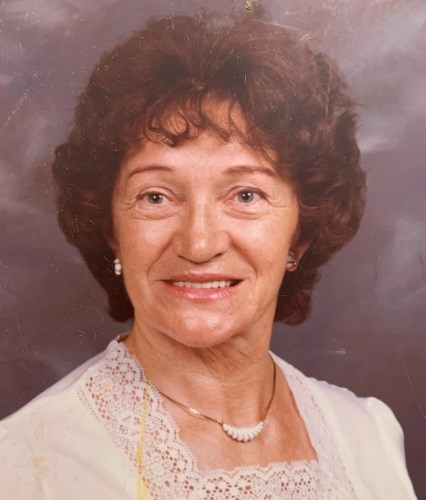 Separated from her family and fleeing the Russian advance, Martha found herself in an internment camp at the end of World War II. While working in Munich, she fell in love with an American soldier, Eddie Estes, Sr. Martha immigrated to the United States in 1953. Later divorced and left with three sons, Martha took a nurse's aid position at Church Home Hospital. Her proudest achievement was when she earned her LPN, allowing her to work as a nurse until her retirement in 1989. Martha spent her later years tending to flowers, tomatoes, and the occasional stray cat in her Baltimore rowhome. She also enjoyed the companionship of her long-time beau, Herman Zientak.

Martha will be most remembered for her indomitable spirit. A petite woman, she loved WWF and especially Gorgeous George. Not one to admit any weakness, she refused her family's pleas to stop driving. Finally, at 92, she relented and uncharacteristically admitted that she had "nudged a few" cars 30 or so years prior but never had an accident. Martha was also a study in contrasts. She believed CNN and yet loved Jesus, too. Despite her tough exterior, she taught Sunday School at both Waters Edge and O'Donnell Heights Baptist Church and donated to many charities. She also made those around her laugh, particularly when she told grandsons Andrew and Luke stories about their father's fat girlfriends. Martha was a competitive woman, bragging about beating boys in math and sports as a child. In her later years, she scanned the Dundalk Eagle to eagerly see who she had outlived that week. She outlasted them all and, with her typical relentlessness, finally convinced God to let her in to Heaven.

While most of those who knew her are gone, a few of the living will long treasure the impact she had on their lives. Martha is predeceased by her son, Eddie Estes, Jr. She leaves behind her sons Hans Estes (wife Katherine) and Christian Estes; five grandchildren, Jeremy Estes, Meghanne Wetta, Rachel Estes, Andrew Estes, and Luke Estes; and five great-grandchildren.