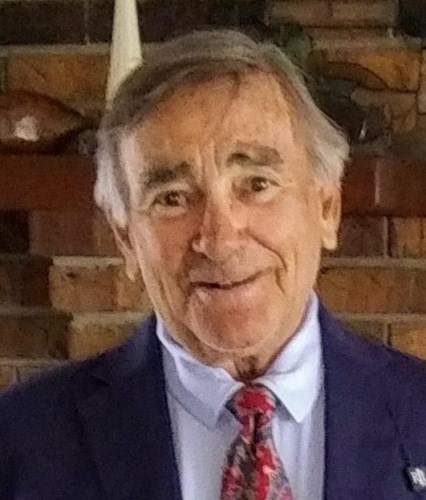 Dawson was a lifelong resident of Sparrows Point. He retired from Bethlehem Steel and during his retirement, he worked and volunteered at North Point State Park. Dawson also served as a member of the Sparrows Point Alumni Association. He volunteered for the Defender's Day reenactments in Fort Howard and the Heritage Fair 4th of July celebrations.

He was an avid golfer and a former participant in many 5k races and triathlons. He loved being outside and enjoyed any activity that involved being out on the water.

He is survived by his mother, Margaret Grammer, a sister Jaymee Farinacci (Tony) his children Karen McVicker (David), Jeffrey (Sue) and Kathleen Lastner (Brian), five grandchildren and four great granddaughters, three nephews and four nieces. His wife Mary Jane Grammer (nee Fenske) passed away in 2005 and he was predeceased by his brother Charles (Sam) in 2017.

A private memorial service will be held. Donations may be made to PanCan.org.
Published by Dundalk Eagle on Nov. 5, 2021.
To plant trees in memory, please visit the Sympathy Store.
MEMORIAL EVENTS
To offer your sympathy during this difficult time, you can now have memorial trees planted in a National Forest in memory of your loved one.
MAKE A DONATION
MEMORIES & CONDOLENCES
0 Entries
Be the first to post a memory or condolences.