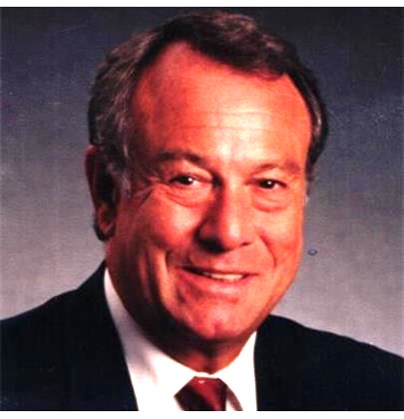 BORN
1933
DIED
2021
Mr. Allen Born passed away July 8, 2021 in Arizona. Mr. Born was a native of Durango, Colorado, where he was born on July 4, 1933. After graduation from Durango High School in 1951, Mr. Born attended Fort Lewis College on a basketball scholarship and played for Ned Wallace in the 1951-52 and 1952-53 seasons. Mr. Born was drafted into the U.S. Army in October 1953 and served two years in the Far East Command. After his discharge, Mr. Born graduated from the University of Texas at El Paso in 1958 with a degree in metallurgy and geology. Mr. Born is a past member of The Vancouver Club, The Sky Club of New York City and The Boulders Club in Carefree, Arizona. He and his wife Pat lived in Colorado and Arizona.

Mr. Born is past Chairman of the Aluminum Association and the American Mining Congress and past Co-Chairman of Cyprus-Amax Minerals Company. He served on the Board of Directors of Placer Development Inc., Canada Tungsten Inc., Amax Inc., Alumax Inc., Cyprus-Amax Inc., Inmet Mining Corporation, AK Steel Holding Corporation, Cyra Technologies, Morgan Bank of Canada and the British Columbia Business Council. He also served on the board of Trustees of the Robert Woodruff Arts Center and Carter Center in Atlanta, GA and as Vice Chairman of the Kennedy Centers' Corporate Board in Washington, D.C. In January 2020 Mr. Born was endorsed by Marquis Who's Who as a leader in the mining industry and presented with the Albert Nelson Marquis Lifetime Achievement Award.

Mr. Born is survived by his wife Pat, who is in memory care, sons Mike and Brett, four grandchildren, two great-grandchildren, his sister Ilene, nieces and nephews. A private memorial will be held this fall in the southwest.
Published by The Durango Herald on Jul. 28, 2021.
To plant trees in memory, please visit the Sympathy Store.
MEMORIAL EVENTS
To offer your sympathy during this difficult time, you can now have memorial trees planted in a National Forest in memory of your loved one.
MAKE A DONATION
MEMORIES & CONDOLENCES
4 Entries
I worked with your Mom and Dad when they bought their casita here at Sagewood. What darling people they were to work with all those years ago! I so regret the loss of your Dad, though I didn't see him often, he will be missed by all here. Sending our love to Pat and all of you.
Lesley Sargent
Work
September 16, 2021
To the Born family, I met Sonny & Pat when visiting Durango with my husband Bobby Thompson. The occasions were their High School reunions, and they were so much fun! My Bobby passed away in 2011, and I lost touch with his friends after that. I just heard of Sonny's passing, and wanted to express my sympathy to all of you. I read that Pat is in memory care, which I know is an on-going concern for everyone. Bobby had memory issues, but his health declined so rapidly that he passed away at home. My email address is included, I no longer live in Durango and can't travel back there, but would like to know when your service there will be if possible. Sending a tribute from me in honor of Bobby's friendship with Sonny is something I would like to do.
Alice Thompson Howerton
August 17, 2021
Mike, Brett and Allen: I´m so sorry to learn of Mr. Born's passing. Bless you all. I´m heartbroken as well to think our Boss and Friend (from all his Pilots) is gone but he is now in Heaven. He and Mrs. Born were such a pleasure to know and fly. I very much admired him and he will always be in my thoughts and prayers. Butch Davis
Robert "Butch" Davis Pilot
Work
August 4, 2021
When I visited Vancouver, BC, Canada on one occasion, Allen and Pat were the hosts for Amax, Inc. personnel. Allen and I talked most of the time about Durango, since I lived in La Plata County 1937-1941. He was "always" a Colorado native.
Barbara Weber, a.k.a. Baldessari
Work
July 31, 2021
Showing 1 - 4 of 4 results