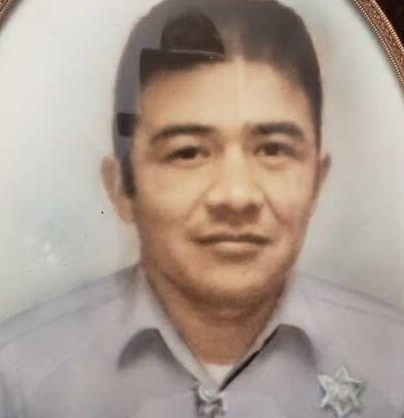 Arthur Weaver, 88, passed to his eternal heavenly home on July 11, 2021. He was born to Bill Weaver and Myrtle Norris Weaver.

Arthur attended the Bureau of Indian Affairs boarding school in Ignacio at a young age and during his high school years, he excelled in sports, football and basketball. Arthur enlisted in the United States Army from 1953 to 1955 and was shipped to Korea. Upon his discharge from the Army, he married the love of his life in 1955, Sylvia Emily Alire and they celebrated 65 years together.

Arthur worked odd jobs with the Southern Ute Indian Tribe in order to support his family, until he was hired as a Patrolman for the Southern Ute Indian Tribal Police. Arthur worked his way up as the Sergeant, Lieutenant and eventually the Chief of Police. Arthur retired from the Police Department in 1987, and was a full-time farmer/rancher, until his passing.

In his younger years, Arthur loved the rodeo circuit and would travel to different areas to compete. He played on a men's basketball team which included playing against the Harlem Globe Trotters. Every summer, Arthur and his family would drive the cattle to their summer grazing unit in Sambritos and retrieved them in the fall. Besides rodeo and sports, Arthur's hobbies were fishing, hunting, camping and just being outdoors, as well as watching the Denver Broncos until Jake Cutler was traded to the Chicago Bears. After years of being a Broncos fan, he became a Bears fan. Arthur loved going to the Sky Ute Casino to play bingo and was once cited for speeding while driving to bingo. He blamed Sylvia for him getting a ticket, because she told him to hurry up. Arthur will be remembered for his great sense of humor, intelligence and stubbornness.

Arthur was preceded in death by his wife, Sylvia; his children: Gina & Joel; his parents; his brothers: Howard, Clifford, Teddy, Leroy Weaver, as well as 1-infant boy, 1 infant girl and infant twin girls.

A Mass will be held at 10am on Friday, July 16, 2021 at St. Ignatius Catholic Church in Ignacio and cremation will take place after the church services.
Published by The Durango Herald on Jul. 14, 2021.
To plant trees in memory, please visit our Sympathy Store.
MEMORIAL EVENTS
Jul
16
Funeral Mass
10:00a.m.
St. Ignatius Catholic Church
CO
MAKE A DONATION
MEMORIES & CONDOLENCES
4 Entries
Extended Olguin family includes Ed Lillie, LorraIne, Louis & Janie, Willie & Toni, Rigo & Ignacita, Patricia, Lawrence & Trish, Fred & Debbie, Jim, and Irene
Ignacita
Family
July 15, 2021
John, Lena, Dee & Bill Condolences from our family to yours. May your family memories get you through this difficult time. The extended Olguin family.
Ignacita Olguin
Family
July 15, 2021
Johnny, Lena, Dee and family ; my condolences to you, may Art rest in peace.. my dad really liked your dad.. sounds like your dad had a pretty good life. may he rest in peace
Audrey Atencio
July 14, 2021
To John, Lena, Dee and Bill, Please, know my thoughts and prayers are with you during this difficult time. I am grateful to have know Arthur and all he did for me growing up. God bless you all, Robert
Robert Warren
July 14, 2021
Showing 1 - 4 of 4 results