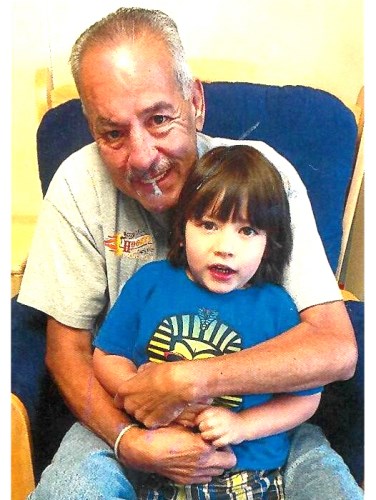 Edward was born in Alcalde, NM, but lived most of his life in Durango and the surrounding area. He loved cooking and spent many years as a cook in different restaurants in Durango. He was an avid reader and particularly enjoyed Western novels and books about the Southwest. He loved watching old Western movies and listening to and collecting a variety of music. He also had a special touch in the garden.

Cremation has occured. Private services will be held at a later date.
Published by The Durango Herald on Jul. 2, 2021.
To plant trees in memory, please visit the Sympathy Store.
MEMORIAL EVENTS
To offer your sympathy during this difficult time, you can now have memorial trees planted in a National Forest in memory of your loved one.
MAKE A DONATION
MEMORIES & CONDOLENCES
7 Entries
Condolences to Ed's family and friends. I will miss my friend.
Jack & Jody Pfalmer
Friend
August 10, 2021
My deepest condolences to the Martinez family. May you rest in peace .
Sinfee
Work
July 12, 2021
our deepest sympathies to the martinez family. we are so very sorry for your loss.
john and lauren hartley
July 11, 2021
Our deepest condolences to Edward's family and loved ones. May he rest in peace.
Butch & Margaret Gomez & Family
Friend
July 8, 2021
Our deepest condolences to Edward's family and loved ones.
Butch & Margaret Gomez & Family
Friend
July 8, 2021
My sympathies as well. Eddie was a natural leader and such fun to be with. Sorely miss him. God Bless.
Larry Wiseman
Friend
July 5, 2021
My condolences to Eddie family. He will surely be miss
Becky Duran
Friend
July 3, 2021
Showing 1 - 7 of 7 results