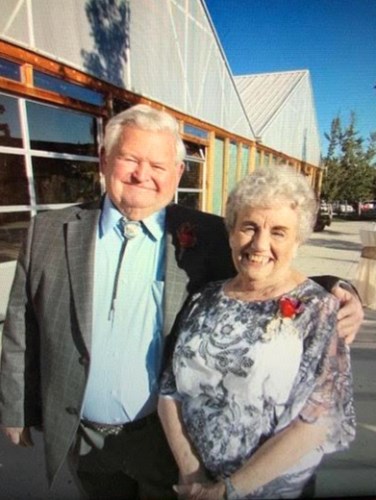 Eldon (Bennie) Basham, a long time Durango resident and Purgatory Ski Area legend, left this earth on July 28, 2021, for his new heavenly home, where he will reside with Jesus (his best friend) for eternity. He was 85 years old.

He was the third person hired in 1965 when the construction of Purgatory Ski Area began, where he worked for a number of years. There is a trail in "The Legends" named after him, "Blackburns Bash". The rest of his life was devoted to sharing the gospel and ministering to people in lots of different settings and capacities, which he did with a heart full of God's love.

No services are planned at this time. The family will have a private celebration of life at a later date.
Published by The Durango Herald on Aug. 23, 2021.
To plant trees in memory, please visit the Sympathy Store.
MEMORIAL EVENTS
To offer your sympathy during this difficult time, you can now have memorial trees planted in a National Forest in memory of your loved one.
MAKE A DONATION
MEMORIES & CONDOLENCES
8 Entries
Patsy, I am so so sorry for the loss of Bennie! He (and you) were very influential in my life through the Cowboy Church. I will forever be grateful that I met you both and to Bennie's way of leading all of us your hooligans' to the Lords words
Shannon Mackey
Other
August 27, 2021
We´re so very sorry, we love you so much Patsy! Continuing to hold you up in prayer. Miss you...
Carl and Kelly Wille
August 27, 2021
I am so saddened by this news, and at the same time rejoice, knowing Benny is with Jesus.
Kerry Ann (Hooker) Solie
Friend
August 25, 2021
Patsy, I am so sorry to hear that you lost Benny. We had some really good times when we both worked at Purgatory. I know he is in a good place. Love you.
Joella Dunagan
Work
August 24, 2021
Our hearts are broken to lose this amazing, loving man. But we rejoice with him, knowing he is with his Lord. Prayers for the family. We love you all!
Britt and Betsy Lovelace
Friend
August 24, 2021
So sorry to hear this patsy, all of us loved him , and you too , God Bless
Kathleen koziol
Friend
August 23, 2021
I knew Ben Basham as Papa, as he is my grandfather. I say "is," because his spirit lives on in eternity. Many of my favorite childhood memories involve Papa. Fishing at Haviland Lake, visiting their home in Durango, and playing some sort of card game with him were some of my favorite things. Just being in his presence you always felt loved and gained wisdom, as he always had some to impart. Papa taught me about Jesus, as I'm sure he did to many. It continues to be the most important gift he ever gave. Papa, I'll see you again in paradise... save me a spot in the boat and don't catch all the fish before I get there!
Beau Janes
Family
August 23, 2021
We were so saddened to hear about Bennie. He was always a friend and was a joy to be around.
Dwayne & Cheryl Howell
August 23, 2021
Showing 1 - 8 of 8 results