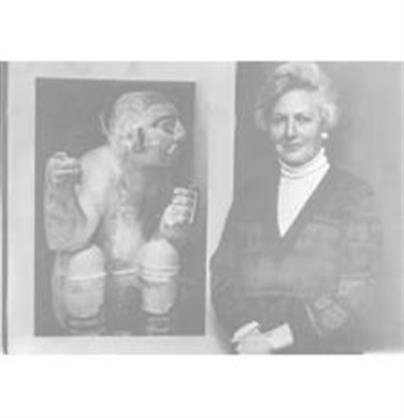 BORN
1931
DIED
2021
Just a few months shy of her 90th birthday, Ellen Young Yeager Cargile, 89, of Bosque, New Mexico, passed away on Aug. 27, 2021.
Ellen worked as a Chair of the Fine Art at Southwest Studies and Mesoamerican Art History for two decades. After 21 years of service, she retired from Fort Lewis College in1993. She published several books that many might recognize, including Understanding & Executing Arts of the Southwest, Maintaining and Repairing Artifacts of the Southwest, and Jewelry Design to name just a few.
Before working at Fort Lewis College, she received a Bachelor of Science in Applied Art from University of Texas-Austin in 1953, and a Master in Education from the University of Arkansas in 1965. She also worked at the Museum of Fine Arts in Houston, Texas for 12 years.
Ellen also made films. She participated in the 1st International Hispanic Art Show in Santa Fe NM, Maya-Uxmal, Taya/Totec-Chechen Itza and many more. Ellen's speaking engagements are too numerous to count, Leadership La Plata, Indian Arts & Crafts Association in Denver, Monuments of Upper Nile, San Juan Basin Archaeological Society, and the list goes on.
She was an accomplished artist, as well as an intelligent, well-informed reader and an enthusiastic advocate of any creative novelty. She was a bulwark of moral and intellectual support for innumerable students over the years; yet found time to be a mother to her own family too, which now includes even great-grandchildren. Her shrewdness, her supportive and ever inspirational character will be dearly missed.
She was born to parents JB Yeager and Ruth L. Yeager, on Nov. 28, 1931 in Houston, Texas. Ellen met and married Dr. Lee L. Cargile (divorced and deceased) they were married in1954, in Houston. Together they raised three children: Son; Bret Cargile of Bosque, NM, Daughters; Leah Cargile of Aztec, NM, and Daughter: Alecia Cargile of Bosque NM, as well as three grandsons; Robert Branam of Michigan, Sean Branam of Albuquerque NM and Bryce Cargile of Belen, NM and one great-granddaughter in Michigan.
The family has made funeral arrangements per the request of Ellen. In lieu of flowers, donations may be made in her name to your favorite charity.
Published by The Durango Herald on Sep. 8, 2021.
To plant trees in memory, please visit the Sympathy Store.
MEMORIAL EVENTS
To offer your sympathy during this difficult time, you can now have memorial trees planted in a National Forest in memory of your loved one.
MAKE A DONATION
Please consider a donation as requested by the family.
MEMORIES & CONDOLENCES
4 Entries
Ellen took my Fort Lewis College anthropology class to Chaco Canyon where we camped for 2 nights. It was one of my most cherished memories and I remember it well. An incredible adventure - Ellen took us out at night and I will never forget how we stood around the rim of a pithouse , the moon was very bright and it gave the pithouse a beautiful glow. And she told us stories , but the one she told on the rim of the pithouse on that moonlit night was the best. Ellen Cargile was the best of the best. RIP Ellen.
A Former Student
September 14, 2021
I´ve been thinking of Ellen recently and I´m sad that we lost touch. She filled a bright and funny spot in my life. Such a unique interesting and caring woman she was! Sending thoughts and prayers to her family...
Sunny Gail
Friend
September 12, 2021
A very wonderful and memorable professor, she taught us to weave baskets in the class I took from her in the early 80s at Fort Lewis college. I still have mine, and still cherish having learned that from her. Sincere sympathy to the family. Rest in peace exceptional woman.
Mary Jo Gage
September 11, 2021
My sincere condolences to the Cargile family. Ellen was my favorite teacher and I felt very close to her. She was so talented and gifted in her profession. I remember traveling to Santa Fe with her and we had a glorious time. I will miss her a lot but I feel privileged to have known her and to have studied under her.
Carol Allan
School
September 2, 2021
Showing 1 - 4 of 4 results