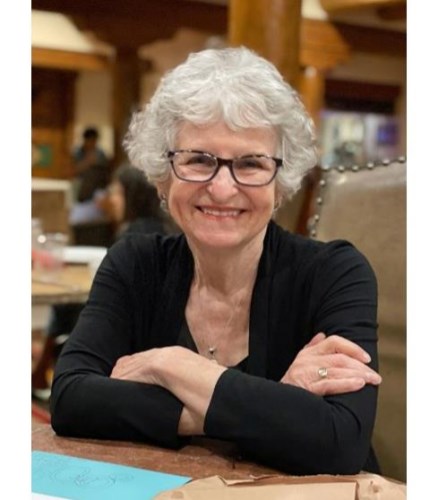 Ellen's first life as a teenager was spent sewing buttons and buttonholes on garments alongside her mother during summer breaks at their modest family business in Montreal. Her scholastic brilliance, impeccable drive and immeasurable intensity enabled her to attend McGill University on scholarships, achieving an undergraduate degree in applied physics, and an MBA in operations research, one of the very first at McGill to do so. In 1965, those academic fields were consistently dominated by men.

In Ellen's second life, she was known as a 'problem solver,' a life-long ability that enabled her to succeed at the largest worldwide corporations. She accepted the most challenging and demanding roles they offered and rose through the ranks at Weyerhaeuser, General Electric, Honeywell, and Groupe Bull. Ellen broke barriers as a female pioneer contributor in the mainframe computer industry. She worked for years at a time in Tehran, Milan, Paris, Phoenix, and Mexico City. Ellen fully embraced the culture, the language, the arts, and the cuisine of every country where she lived.

Ellen's third life began when she retired in 2001 to the mountains near Durango, Colorado where she skied, hiked, built her dream home, and planned a life of progressive activism. Ellen was loved and admired by so many for her tireless humanitarian activities. Together she and Ross championed affordable housing, women's rights, and small community developments with the Shanta Foundation in rural Myanmar. Ellen focused on the crises for free and fair elections in her adopted United States through many positions she held, particularly in the League of Women Voters of La Plata County. And lastly, she and Ross contributed to the growth of their Buddhist Sangha at the Durango Dharma Center.

May her memory continue to inspire us all. Arrangements are entrusted to Ertel Funeral Home, Cortez, Colorado. To send condolences or to view the full obituary, log on to www.ertelfuneralhome.com and click on the obituary section. Donations in Ellen's memory are graciously accepted by the Shanta Foundation of Durango, shantafoundation.org, the League of Women Voters of La Plata County, lwvlaplata.clubexpress.com, and the Durango Dharma Center, durangodharmacenter.org.
Published by The Durango Herald on Jan. 7, 2022.
To plant trees in memory, please visit the Sympathy Store.
MEMORIAL EVENTS
To offer your sympathy during this difficult time, you can now have memorial trees planted in a National Forest in memory of your loved one.
Funeral services provided by:
Ertel Funeral Home
MAKE A DONATION
MEMORIES & CONDOLENCES
Sponsored by Ertel Funeral Home.
4 Entries
I'm Ellen's granddaughter. I can't be at the rememberance because of school and work, which grieves me terribly. My grandmother was an amazing woman, one who inspired me to think big with what career I want to choose. She was a giant in her field, someone who selflessly helped without asking anything in return. I want to become a pediatrician in her name. I love you, Bubbi. I miss you so much.
Anya Taylor
Family
January 10, 2022
I am so sorry to learn of Ellen's passing. I met her through the League of Women Voters and she was a true go-getter!.
Laura Lewis Marchino
Work
January 9, 2022
Dear Ross and family, What a dear, kind, generous, good-natured, wonderful human Ellen is in my heart and memory always. Thinking of you and sending love and light to Ellen. Ilze
Ilze Aviks
Friend
January 8, 2022
Ross....so very sorry for your loss. Ellen was such a wonderful woman. I am shocked and saddened.
Cindi Trautmann
January 8, 2022
Showing 1 - 4 of 4 results