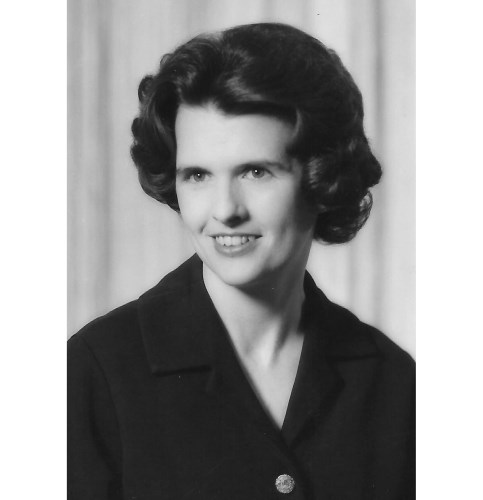 FUNERAL HOME
Crippin Funeral Home
802 Main Street
Montrose, CO
Irma Marie Hofmann was born in Yampa, Colorado on December 8, 1933, the youngest child of James C. Wilson and Sarah Gertrude Bratton and passed away on August 11, 2021, in Montrose Colorado at the age of 87.

Irma was a political activist, feminist, gadfly, teacher, part-time college instructor, and an amazing mother & grandmother. She fought for: women rights, the ERA, women's education, and against spousal abuse. She was passionately involved with the state and local Democratic party and loved researching her genealogy. She went to Western State College in 1951 for 3 years. In 1954 she taught at a small school in Burns Hole and in 1955 she taught at Montrose Junior High. It was in Montrose where she met Bill Hofmann. They were married in 1956 and soon after purchased a ranch home to raise their family. She was always involved in the community and her seven children's education. In 1977 she went back to Western State earning a B.A. in English. Irma, with her family, moved to Durango, Colorado in 1979 staying almost 30 years in a community she treasured. She substitute taught, was a part-time Fort Lewis College instructor, worked in a print shop and started her own business. She was deeply involved with the Southwest Safehouse and Women's Resource Center. She was always involved with improving her community, and was honored numerous times for her efforts. She rarely missed the weekly lunch with "the ladies" which was a like a modern-day Junto Club.

Irma loved being with her children and their families. Her loving, dedication and wisdom helped make her family kind, thoughtful and functional to the end of her days. She made the world, especially Colorado, a better place to live. She was an extremely beautiful person who is cherished by many and will be deeply missed. She is survived by six of her children: Maureen (Ken) Holman, Paul (Maureen) Hofmann, Kathleen (David) Peterson, Chris Hofmann, David Hofmann, and Carol (Michael) Carroll; 13 grandchildren; 4 great-grandchildren. She was preceded in death by her two sisters, one brother; ex-husband William Hofmann; her daughter Ann Jones; granddaughter Hannah Hofmann; great-granddaughter Eliana Herrera.

In lieu of flowers, please donate to The Women's Resource Center of Durango -

http://wrcdurango.org/ For a complete obituary see https://crippinfuneralhome.com
Published by The Durango Herald on Sep. 16, 2021.
To plant trees in memory, please visit the Sympathy Store.
MEMORIAL EVENTS
To offer your sympathy during this difficult time, you can now have memorial trees planted in a National Forest in memory of your loved one.
Funeral services provided by:
Crippin Funeral Home
MAKE A DONATION
MEMORIES & CONDOLENCES
Sponsored by Crippin Funeral Home.
0 Entries
Be the first to post a memory or condolences.