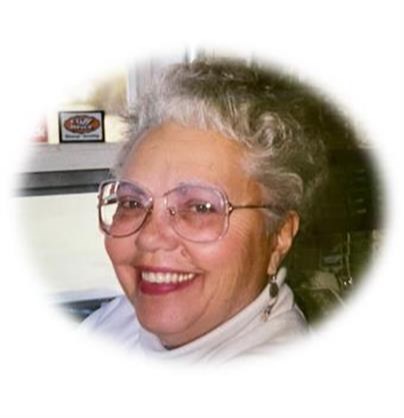 BORN
1932
DIED
2021
FUNERAL HOME
Hood Mortuary - Durango
1261 East Third Avenue
Durango, CO
Mary Joanne (Hastings) Harris was born July 26, 1932 in Durango, Colorado where she lived for most of her life. She was considered a true Colorado native with her family continuously living in Durango since 1891.

She was the great granddaughter of Willis Allen Reese, a prominent pioneer attorney in Durango who was instrumental in the growth and development of Durango and his wife, Mary Thisbee Biggs.

George Edward Hastings and Mary Jane Lane Hastings were her great grandparents who settled Hastings Mesa in 1876. The Hastings' operated a "stopping station" for 25 years providing shelter and food for travelers crossing the mesa into Telluride.

Her early years were spent living in many national monuments - Chaco Canyon National Historic Park, Walnut Canyon National Park, and Montezuma Castle where her father served as Superintendent. His last post was Fort Union National Monument where he eventually retired.

Mary was well known throughout the community. She was active in the Durango Historical Society interviewing and preserving many of the stories of early pioneer families.

She volunteered her children and their friends in the restoration of the Animas City Cemetery - righting headstones and clearing sagebrush - which has unfortunately gone the way of neglect since her involvement.

She began the "Golden Agers" in the mid 60's which provided elderly members residing in private nursing homes and Eventide Nursing Home with the opportunity of new surroundings, companionship and the establishment of new friendships. She once again volunteered her six children with the preparation of refrigerator cookie dough making Thursday evenings prior to the monthly gathering. Fresh baked cookies and refreshments were served amidst the lively music generated by the members of the gathering to include a pianist, a saxophonist, and a drummer in his nineties. She kept this tradition for three years until she returned to active employment in 1968 running the Cliff Brice Service Station after her husband's retirement as manager for the next thirty years. She retired from Brennan's Texaco where her infectious smile and laugh were enjoyed by many locals.

Upon the death of her granddaughter, Michaela, she became a speaker for the victim's impact panel for the local chapter of Mother's Against Drunk Drivers in Southwest Colorado. She spent many years traveling to these meetings in hope of enlightening those attending to the devastation brought to the families of their victims.

She enjoyed painting and firing pottery and won many ribbons at the county fair for her designs. Her love of fishing was motivated by the ability to sit at the waters edge for hours with family and friends relishing in the tranquil beauty of her surroundings.

In lieu of flowers, the family requests a donation to Mothers Against Drunk Drivers in honor of Mary Joanne Harris at https://www.madd.org/colorado/donate/
Published by The Durango Herald on Sep. 16, 2021.
To plant trees in memory, please visit the Sympathy Store.
MEMORIAL EVENTS
Sep
21
Service
2:00p.m.
Hood Mortuary - Durango
1261 East Third Avenue, Durango, CO
Funeral services provided by:
Hood Mortuary - Durango
MAKE A DONATION
MEMORIES & CONDOLENCES
Sponsored by Hood Mortuary - Durango.
1 Entry
My condolences, I groomed many of Mary's dogs over the years. She was a wonderful lady!
Steph Heskin
Work
September 28, 2021
Showing 1 - 1 of 1 results