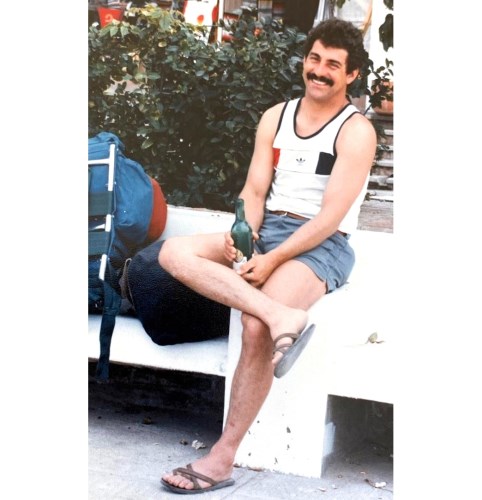 Willson Bloch passedaway onAugust11th, at age 70. Born to Ethyl and William Blochof Fort Wayne Indiana.HegraduatedElmhurst High School Classof1968 and attended the University of Michigan.Willson loved to the Southwest to pursue his goal of protectingthe environment by pioneering into the field of renewable, sustainable energy.His passion was the environment, but the real loves of his lifewerehis two children,NakoiaRay andKiauniPaewai-Bloch. He is alsosurvivedby his son-in-law, Hunter Ray, daughter-in-law, Kira Smith, sister, andbrother-in-lawPam and Michael Malicoat, and will live on in the spirits of numerousothers.

Willson was diagnosed with Parkinson's disease, a progressive, neurological debilitation of his body. For over a decade he fought the onslaught head-on through diet, exercise,work,and medication. He was an inspiration to all as that courageous battle continued toimpacthis body but not his spirit.

Willson took pride in his children, his work ethic,and his personal code of living.As CEOofSunburstHorizons, he worked toprovidesolar energy to the Four Corners to decrease the use of fossil fuels. Commercial and residential buildingscontainsolarpanels throughout the Southwest. Hisguiding principles inhis personalandprofessional life were honesty, integrity,a sense of community, sharing with his fellow man, andrespect for people and the environment.He gave his time,money, and efforts in support of preserving and protecting our environment and natural resources. He disliked greedy corporations, hypocrites, those who polluted or littered, and those who turned their backs on people in need.

Father,businessman, athlete, friend, former lover, international traveler,outdoorsman,citizen,and champion of our natural resources; these are just a few things Willson will be remembered as. He was all of those and more. Willson was a role model and he knew the impact ofwords.He was a writer of poetry, letters to the editor, philosophical sayings, and countless jokes. He used words to express social commentary, life lessons, love,

compassion, and empathy.Willson disagreed with the attitude that "Only the broken can change." He believed everyonecouldchange for the good if they could'see instead oflook,'help those in need, try to make people smile,and treat everyone with respect.

Known for his good nature, sense of humor, and ability to make anyone laugh,Willson'scolleagues, customers, friends, family, and neighbors will all miss hispresence. He touched the lives of hundreds, made a difference for many, and taught those who would listen. Those of us who knew or met himarebetterpeople, who now livebetter lives. His spirit lives onin his children,NakoiaandKiauni, who will touch lives by just being like him. In

lieu of material contributions, do as Willson would do, and try to make someone smile.

Rest In Peace.
Published by The Durango Herald on Aug. 27, 2021.
To plant trees in memory, please visit the Sympathy Store.
MEMORIAL EVENTS
To offer your sympathy during this difficult time, you can now have memorial trees planted in a National Forest in memory of your loved one.
MAKE A DONATION
MEMORIES & CONDOLENCES
8 Entries
I just learned of my old friend Willson's passing. Willson installed and maintained my hydro heating system for 20 years. At one time, I accidently paid him $1,000. twice ...He called me up and said he was returning the duplicate payment. He then very gently cautioned me to be careful because there are people out there that would just keep the double payment. I acknowledged that "Not everyone is like you Willson" and I say it again today. Even after his diagnosis he always had such an upbeat attitude and I looked forward to every October when he would come and check out the system and service anything that was needed for the upcoming winter. At this time of year, I will always miss his smile and think of him and the integrity that was an intricate part of Willson's DNA. Rest in Peace
Judy F Simmons
Friend
October 17, 2021
I am so sorry to hear about Willson's passing. What a great man he was. He will be missed so much.
Melissa Soden
Friend
September 1, 2021
My condolences to Willson's family. He was indeed an environmental warrior and solar pioneer. Always generous with his time and knowledge. And he NEVER parted a meeting without telling at least one joke. RIP Willson.
Christopher Meyer
September 1, 2021
So seldom we come onto an individual with passion so deep. Wilson had it all. The passion for life, family, God, literature, the earth, music and love. I'm sad for all of us who will never have another chance to hear another quirky poem or joke from Willson. To Kiauni and Nakoia I know you will miss your Dad but you're a part of him, that's makes you great! My very best to you.
June Moores
September 1, 2021
I am deeply sad to read this news. The world has lost a warrior soul and a good man. I was amazed and touched how he held his dignity and his smile in the face of his difficulties. He continued to care about our world even when his shoulders were very very heavy. God Bless you Willson. I will miss you.
Barb Wolfe
Friend
August 31, 2021
Condolence to the family.... I'll always have the fond memories from our High School dayz at 'ol Elmhurst High. ."Rest in Peace" ... my friend. .Sending "Thoughts-Feelings & Prayers" ... at this Sad Time.
Steven A. Cutter
August 30, 2021
Willson, now that you´ve gone on, I can admit out loud that you were one of the most brilliant men I´ve ever had the pleasure of being acquainted with. Of course, it was annoying that you knew more (and better!) jokes than me. Having been the beneficiary of your considerable intelligence from time to time, all that´s left to say is thanks, old friend. We are diminished, but the energy you conveyed has blasted-off into those realms unknown yet oft speculated upon. Fare well!
Davitt Armstrong
August 28, 2021
RIP my friend. I´ll remember you every time l use the tool you gave me, "just because you thought l could use it." It was a nice gesture that l´ll try to emulate in your memory. Thanks for the life lesson!
MG
Friend
August 27, 2021
Showing 1 - 8 of 8 results