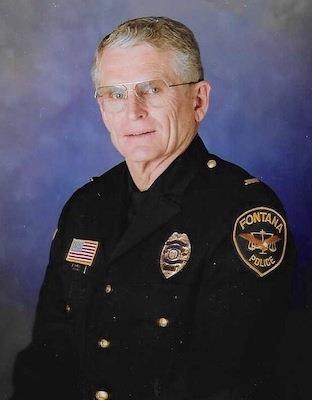 Santa Clara - Alan Thomas Fowlkes of Santa Clara, Utah, 88, passed away peacefully in his home, June 27, 2021 due to complications of Parkinson's Disease.

Born April 19, 1933 to William Belmont Fowlkes of Tennessee and Frances Laverne Wolfcale of Ohio, he grew up in the foothills of Upland, California. He married his high school sweetheart, Janet Ruth Housel and they were married 64 years.

Alan served honorably in the Korean War, and served as a police officer, reaching the rank of Lieutenant, in Fontana, California until his retirement.

In 1975, Alan and his wife, Janet, joined the Church of Jesus Christ of Latter-Day Saints in Fontana, California. He served in many capacities in the church and he truly appreciated the many opportunities he had to serve and the good friends that he made.

He is also preceded in death by his parents William and Frances Fowlkes of Bloomington, California and his brother William Fowlkes of San Bernardino, California.

He will always be remembered for his big heart and generous nature.

A graveside memorial with military honors will take place on Saturday. August 7, 2021, at the Santa Clara, Utah Cemetery. A Celebration of Life luncheon will follow.

Condolences may be shared at mcmillanmortuary.com


Published by Spectrum & Daily News from Jul. 16 to Aug. 1, 2021.
To plant trees in memory, please visit the Sympathy Store.
MEMORIAL EVENTS
Aug
7
Graveside service
9:30a.m.
Santa Clara City Cemetery
3780 Windmill Dr, Santa Clara, UT
Funeral services provided by:
McMillan Mortuary
MAKE A DONATION
MEMORIES & CONDOLENCES
Sponsored by McMillan Mortuary.
2 Entries
You are all in our prayers at this time. We send our love!
Mike and Dana McConnell
Friend
August 3, 2021
Alan and I went to the police academy together in 1965 and shared many good times with him and Janet.An outstanding individual who will be missed
Grant randall
July 16, 2021
Showing 1 - 2 of 2 results