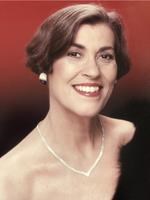 BORN
1937
DIED
2021
Alice Conn Aspatore
November 10, 1935 - June 26, 2021
Resident of Lafayette, CA
Born in Monmouth IL attended University of Illinois where she studied Medical research.
She was an accomplished vocalist and played the french horn. She moved to San Francisco in 1960, Married James Aspatore and settled in Lafayette California in 1964. Alice was active in the PTA, Drug abuse council, 4H and the Church of St Perpetua. She was an accomplished seamstress and clothing designer with a line of boys clothes featured at Joseph Magnin. She mentored groups of teenage girls in the dress making craft on her own time.
In 1970, Alice returned to school to get her nursing degree and worked at the VA in Livermore caring for wounded returning from Vietnam.
In 1975 she took a position at Alta Bates Medical Center in Berkeley as a medical transcriber in pathology.
Alice was an accomplished technical writer, doing work for Diablo Magazine and other contract work including FDA submissions for drug approvals.
From 1985 until she retired, she worked as a Real Estate Broker for Coldwell Banker.
Alice is survived by two sons Joseph P. Aspatore of Walnut Creek and John M. Aspatore of Sacramento


View the online memorial for Alice Conn Aspatore
Published by East Bay Times on Sep. 26, 2021.
To plant trees in memory, please visit the Sympathy Store.
MEMORIAL EVENTS
To offer your sympathy during this difficult time, you can now have memorial trees planted in a National Forest in memory of your loved one.
MAKE A DONATION
MEMORIES & CONDOLENCES
Sponsored by East Bay Times.
0 Entries
Be the first to post a memory or condolences.