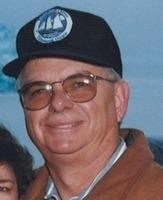 BORN
1948
DIED
2021
FUNERAL HOME
Pittsburg Funeral Chapel - Pittsburg
2295 Railroad Avenue
Pittsburg, CA
Bobby O. Jones
October 11, 1948 - September 16, 2021
Resident of Pittsburg
Bob passed away Sept. 16, 2021 from a stroke and Parkinson's Disease at John Muir Hospital, Concord Campus, at the age of 72. He was born in Grass Valley, CA. to David and Rhoda Jones. They moved to Concord, CA when Bob was a young child. His mother, after she divorced, raised Bob and his two brothers until meeting James Chapman, whom she married in 1956.
Bob graduated from Clayton Valley High School, Class of 1966 where he was on the track team and was drum major for the marching band. Ironically, his son and grandson also were drum majors for their high school marching bands. After high school, Bob married the love of his life, Dawn (Diane) Shoop. He went to work for PG&E in 1966 at the Pittsburg Power Plant. Bob continued to work at many plants in the Bay Area even after various changes in ownership. After working 42 years, he retired as an Environmental Specialist in 2008.
Bob and Diane enjoyed traveling, cruising, square and country dancing. They hosted over 150 students from many different countries on short term English Language homestays. Many of these students became truly a part of their family. After Parkinson's Disease slowed his pace down, he enjoyed listening to Acaword, their grandchildren's Acapella group, perform at various venues. He also enjoyed reminiscing with the retired power plant employees at their monthly breakfast.
Bob is survived by his wife of 55 years, Diane, his two sons, James (Erlinda) and Jonathon (Kassandra), four grandchildren, Arthur, Daniel, Mariana and Katrina, his great grandson, Everett, his three brothers, Jack Jones (Janet), Terry Jones and James Chapman, and many nieces and nephews. He was predeceased by his parents and his sister Janett.
His family would like to thank all the caregivers and nurses for their dedicated care to insure Bob's comfort before his passing. At his request, there will be no formal funeral service, only a small memorial service on Wednesday, September 22, 2021 at 11:00am at the Pittsburg Funeral Chapel. Burial following at Oak View Memorial Park, Antioch, CA. Please consider a donation to the Food Bank of Contra Costa and Solano County in Bob's memory.
He will truly be missed, not only by his family but by the countless other people whose lives he didn't realize he touched. Our hearts are broken but the love we have for him will sustain our precious memories forever.