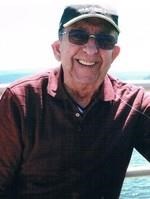 BORN
1926
DIED
2021
FUNERAL HOME
Santos-Robinson Mortuary
160 Estudillo Avenue
San Leandro, CA
Eugene (Gene) Edward Medeiros
September 25, 1926 - May 4, 2021
Resident of Oakland, CA
With a heavy heart I am posting my Dads Obituary: On Tuesday, May 4, 2021, Eugene (Gene) Edward Medeiros passed away at age 94. He was born in Oakland, CA on September 25, 1926 to Lucy and Louis Medeiros. He was the 6th of 7 children. He went to Castlemont High School and after graduation served in the U.S. Navy during WWII from 1944 - 1946. He married Eleanor Gomes on December 16, 1945 and they had two daughters; Joyce and Yvonne He also had a granddaughter, Kim Barnes, and three great grandchildren; Sarah, David and Noah Barnes. Gene was a Parts Manager and worked in the Automobile industry for over 45 years. He was into Archery and belonged to the "Redwood Bowmen's Club in Oakland and later played Racquetball for over 25 years until he was 72 years old, often beating guys 20 years his junior, Gene and Eleanor were married 74 years. He was preceded in death by his wife Eleanor who passed away November 22, 2019 and his youngest daughter Yvonne Kolb on November 10, 2013. Gene and Eleanor had a fun, upbeat life of travel, sharing great fun with family and friends. His loss has left a void that is impossible to fill. He loved and will be remembered by his surviving sister, Barbara Smith, his daughter Joyce Medeiros and many nieces and nephews who adored their "Uncle Gene."

To plant trees in memory, please visit our Sympathy Store.
Published by East Bay Times on May 9, 2021.
MEMORIAL EVENTS
No memorial events are currently scheduled.
To offer your sympathy during this difficult time, you can now have memorial trees planted in a National Forest in memory of your loved one.
Funeral services provided by:
Santos-Robinson Mortuary
MAKE A DONATION
MEMORIES & CONDOLENCES
Sponsored by East Bay Times.
2 Entries
Gene and Eleanor were great people and fantastic neighbors to our family for decades. RIP Mr. Medeiros.
Joyce - you are in our thoughts.
Janet Welch
Neighbor
May 13, 2021
Offering our deepest condolences during this difficult time.
Santos-Robinson Mortuary
May 12, 2021
Showing 1 - 2 of 2 results