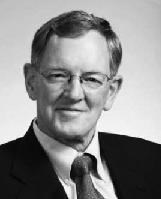 BORN
1944
DIED
2018
Keith Howard
June 19, 1944 - January 15, 2018
Danville, CA
Keith Howard of Danville, CA died January 15th, 2018, in a fatal bike accident. He was 73.
Keith was born in La Jolla, CA in 1944 as a 4th generation Californian and grew up in Walnut Creek. His youth was a scene from one of his favorite movies American Graffiti; filled with sports, friends, and even a lip-sync cover band. Keith graduated from Cal Berkeley and Hastings Law School in San Francisco. Keith married Laurie Welsh September 6th 1969 and was in love with her until the day he died.
Keith began practicing law in Walnut Creek in 1969 first with Tinning & DeLap and then as a Sr. Partner with Cooper White and Cooper, where he ultimately became one of the premier environmental attorneys in the Bay Area. He gave back to his community through volunteer work with the Rotary Club, Cal Trout, John Muir Foundation, and the Lindsay Wildlife Experience.
His passion, however, was in living life and loving the life he lived. Keith was an avid hunter, fisherman, golfer, cyclist and music lover. These passions took him all over the US and Europe. During his adventures Keith built networks of close friends who came to know Keith for his good humor, sage advice and utter ineptitude in the kitchen. He was very humble and did not like to show off, but anyone who saw him "bop" to a 50's song on the dance floor was in for a sight they'd never forget. He was an eternally loyal, although often frustrated Cal Bears fan. It was usually best to NOT remind him that his wife graduated from Stanford. Most of all Keith was deeply devoted to his family. He was the best "Opa" a grandkid could have; taking the kids on the nature trail, building rope swings, forts, treehouses, swimming in the pool, teaching them marksmanship. He especially enjoyed vacationing with his immediate family in Del Mar and Scott Valley watching them play and have many of the same experiences he had at his own childhood haunts.
Keith is survived by his wife Laurie, their children Kaye Howard Cowen (David) and Andy Howard (Erin Kellogg Howard), grandchildren Carter, Lauren, and Katherine Cowen, Braden and Cassidy Howard and his siblings Christy Howard Wilson and Lester Howard.
If desired, memorial contributions may be made to The Gardens at Heather Farm, Lindsay Wildlife Experience; California Trout; John Muir Foundation in lieu of flowers.


View the online memorial for Keith Howard
Published by East Bay Times from Jan. 21 to Jan. 28, 2018.
To plant trees in memory, please visit the Sympathy Store.
MEMORIAL EVENTS
To offer your sympathy during this difficult time, you can now have memorial trees planted in a National Forest in memory of your loved one.
MAKE A DONATION
MEMORIES & CONDOLENCES
Sponsored by East Bay Times.
7 Entries
Laurie, am so saddened to hear about the passing of your husband. May you find comfort and peace during this difficult time. - Janet Pierce DeCori
January 26, 2018
Wow - I just heard the sad news. I worked with Keith on several real estate projects over the years and played a few rounds at Diablo CC with Keith. Keith was an amazing person....always upbeat and had plenty of stories to share.

RIP Keith and my prayers go out to Keith's family. We will all miss Keith so very much!
Bill Nevin
January 25, 2018
Our deepest sympathy to you and your family. Our prayers are with you. Sincerely, Linda and Bob Corpora. Naples Florida
January 23, 2018
I'm so sorry for your loss. He lived a robust and gratifying life and is gone all too soon. May God's peace which surpasses all understanding comfort you during this very difficult time.
January 23, 2018
Laurie I just learned of Keith's accident and my heart goes out to you and your family. I know he was your everything. In deepest sympathy...laura chimenti
January 21, 2018
Dear Laurie and Family,
Words cannot express how sad I am for your loss. You are in my thoughts and prayers.
Love,
Marcia
Marcia Slakoff
January 20, 2018
Dear Laurie
We are deeply saddened to learn of the loss of your beloved Keith. He was a joy to be around. We along with your many friends and family will deeply miss him.
With deepest sympathy
Joan and Paul Kaufmann
Joan and Paul Kaufmann
Friend
January 20, 2018
Showing 1 - 7 of 7 results