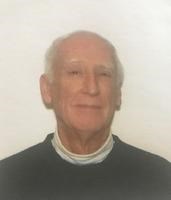 BORN
1935
DIED
2020
Lanford Henry Adami
February 9, 1935 - December 31, 2020
Resident of Walnut Creek
Lanny was a 4th generation San Franciscan, born in (and named after!) the Stanford Lane Hospital. He graduated from Jefferson High School, and then Cal Berkeley with a BS in chemistry (the first college graduate in his family). At Cal he formed many lifelong friendships with his classmates. Shortly after graduation he met his future wife, Anne Thacher, at a square dance. They were married in 1964, and settled down in Saranap in Walnut Creek. They raised two songs, Christopher and Nicholas.
Lanny held a long time job as a chemist with the USGS in Menlo Park, where he worked in isotope geology. He ran a lab where he prepared samples and extracted various chemicals from rocks (some from our Moon!), minerals, and gasses for mass spectrometric analyses. His grueling hour and a half daily commute to work once earned him a special award as Commuter of the Day on KCBS. His hobbies included sports (he was a true Cal Bear, Giants and 49ers fan), traveling, vegetable gardening and photography. He coached his sons in everything from Peanut League baseball to track and field. Every year he made beautiful illustrated calendars and greeting cards for his family and friends. The family spent many summers with their dear friends at the Cal family camp in the Sierras, the Lair of the Bear.
He will always be remembered as kind, generous, hard working, and for his wry and gentle sense of humor.
He is survived by Anne, Chris, and Nick (Lena), granddaughter, Grace, his sister Bonnylin Robinette, his dear friend and companion Coleen Urban, and his beloved golden retrievers, Sunny and Shilo. He passed away peacefully last New Year's Eve, after a series of physical problems, including COVID-19.

Published by East Bay Times on Sep. 19, 2021.
To plant trees in memory, please visit the Sympathy Store.
MEMORIAL EVENTS
To offer your sympathy during this difficult time, you can now have memorial trees planted in a National Forest in memory of your loved one.
MAKE A DONATION
MEMORIES & CONDOLENCES
Sponsored by East Bay Times.
0 Entries
Be the first to post a memory or condolences.