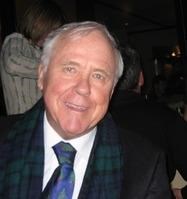 BORN
1925
DIED
2021
UPCOMING SERVICE
Memorial service
Dec, 10 2021
1:00p.m.
CPC
Send Flowers
Lester Charles Kranhold
Oct. 2, 1925 - Nov. 14, 2021
Danville, California
Les Kranhold, the beloved husband of Dorothy Kranhold for 66 years, cherished father of Steve Kranhold, Carol Kranhold Ames, and Kathryn Kranhold, died Sunday, November 14, at his home in Blackhawk. He was 96 and lived each year with grace. Les is also survived by his devoted granddaughter, Catherine Ann Ames, and son-in-law, Nick Ames. Les was born Oct. 2, 1925, in Aberdeen, South Dakota, the oldest of three children of Lester Charles Kranhold and Ethel Wilson Kranhold. Les enlisted in the U.S. Navy at age 17 prior to graduating from high school in Clark, South Dakota. After graduating from Northwestern University's officer school at 19 in May 1945, Les left to meet a destroyer escort in the Philippines. As a Lt. Junior grade officer, Les was one of four officers on a mine sweeper in the Pacific until he finished his tour in 1946. He graduated from University of Southern California in civil engineering, and loyally followed the Trojans football team. His career took him from the Pacific Electric Railway Company, Los Angeles' original red line, to the Shell Oil Company. He was with Lucky Stores for 30 years, rising to senior vice president of engineering. When he retired, Les didn't tire. He volunteered as a Danville Community Band board member and with the Community Presbyterian Church (CPC), of Danville; he ran hot coffee in the early morning hours to the Blackhawk food drive volunteers. We are grateful for the outpouring of tributes to Les from friends who knew him as a man of integrity with a gentle sense of humor. A memorial service will be held on Dec. 10th, at 1 pm, at CPC. In lieu of donations, we ask that you send donations to the Salvation Army.