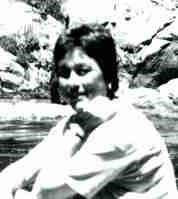 BORN
1941
DIED
2016
FUNERAL HOME
Oak Park Hills Chapel - Magleby Family Northern California
3111 North Main Street
Walnut Creek, CA
Linda Leigh Davidson
August 11, 1941 - September 10, 2016
Resident of Berkeley
Linda Leigh Davidson was a native Californian who grew up in Encinitas. She graduated salutatorian from San Dieguito High School and majored in languages at the University of California at Berkeley. She also studied Spanish at the University of Madrid. After college, she settled in Berkeley and taught at Redwood High School in Marin county where she taught ceramics, arts and Spanish. She had a lifelong commitment to teaching, learning and creating. Another passion was early music and she played Medieval, Baroque, and Renaissance music with the group Trio Las Locas. She enjoyed playing the flute, recorder and guitar. She was active in her local community, and coordinated emergency preparedness and holiday parties for her neighborhood. She was very generous to the Humane Society, and many other charities. She is survived by her sister Nancy Borchers, nephews Reed and Jason Borchers and niece, Nikki Steele and her many friends.
There will be no services. In lieu of flowers, please consider a donation to the Berkeley Humane Society. Express condolences at www.oakparkhillschapel.com

Published by East Bay Times on Sep. 16, 2016.
To plant trees in memory, please visit the Sympathy Store.
MEMORIAL EVENTS
To offer your sympathy during this difficult time, you can now have memorial trees planted in a National Forest in memory of your loved one.
Funeral services provided by:
Oak Park Hills Chapel - Magleby Family Northern California
MAKE A DONATION
MEMORIES & CONDOLENCES
Sponsored by East Bay Times.
1 Entry
Offering our deepest condolences during this difficult time.
The staff of Magleby's Oak Park Hills Chapel
September 15, 2016
Showing 1 - 1 of 1 results