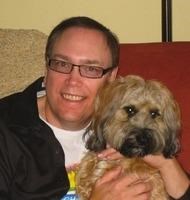 BORN
1958
DIED
2021
Mark Alan Baldwin
June 13, 1958 - April 25, 2021
Resident of Oakland, CA
Mark Alan Baldwin, 62, passed away on Sunday, April 25 at his home in Oakland, CA. Mark died of natural causes.
Mark was born on June 13th, 1958 in Sheboygan, WI to Robert and Lucille Baldwin. He is survived by his siblings, Barbara (Gary) TerBeest, Brett Baldwin, Cheryl Baldwin and Karen (Gary) Schwab: nieces, Katie TerBeest, Teagan and Tamryn Schwab and nephew, Andrew TerBeest, an aunt, LaVerne Karsteadt and many cousins.
Mark received a degree in Mass Communications from the University of Wisconsin, La Crosse in 1980. He then moved to the Bay Area where he began his work with non-profit organizations including, The Sierra Club Legal Defense Fund, Merritt Community Capital Corporation, East Bay Asian Local Development Corporation (EBALDC), and Chinatown Community Development Center (CCDC).
Mark was a proud member of the Brothertown Indian Nation. Over the course of 42 years, he volunteered thousands of service hours to the Tribe. He initiated and edited the first tribal newsletter, helped write numerous grants, produced documentaries, served on Tribal Council, and volunteered for countless duties and committees. In 2017, he co-founded Calumet and Cross Heritage Society, a nonprofit organization dedicated to promoting and protecting the history and heritage of the Brothertown Indians. Mark served as president of the Society since its inception.
Mark was also a founding board member of the Laurel Village Association, a community development organization, focused on improvement and inclusion in his Oakland neighborhood.
Mark was a man of many talents. He had a passion for writing, travel, painting and making jewelry. He wrote scripts, novels and short-stories.
Mark's family and friends will hold an online memorial celebrating his life on June 13th at 12:45 Pacific Time. For more information, please contact Renais Winter at [email protected] Donations in Mark's name may be made to the charity of your choice.
Mark is leaving behind big boots to fill. We will miss him greatly.


View the online memorial for Mark Alan Baldwin
Published by East Bay Times on May 16, 2021.
To plant trees in memory, please visit the Sympathy Store.
MEMORIAL EVENTS
Jun
13
Memorial service
12:45p.m.
online
contact Renais Winter at [email protected], CA
MAKE A DONATION
Please consider a donation as requested by the family.
MEMORIES & CONDOLENCES
Sponsored by East Bay Times.
1 Entry
He will be missed. Its going to be hard managing our life path, but i know he will be guiding me from all around, smiling. Love C
CT
Friend
July 2, 2021
Showing 1 - 1 of 1 results