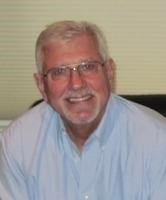 BORN
1936
DIED
2021
FUNERAL HOME
Ouimet Bros. Concord
4125 Clayton Road
Concord, CA
Michael P. Holmes
December 29, 1936 – July 21, 2021
Resident of San Ramon, CA
Michael Peter (Mike) Holmes passed away on July 21, 2021 at Welcome Home Care Home, Alamo, Ca. due to complications from advanced Alzheimer's. He was a resident of San Ramon, Ca. for the past 45 years.
He was born in Windsor Ontario, Canada on December 29, 1936, the third child of the late Michael and Mary Alice (Fleet) Holmes. He spent most of his youth in Windsor, Ontario, graduating from Assumption High School in 1956.
Mike spent three years in the U.S. Army after high school and settled in San Francisco, Ca. when he was discharged in 1961. He worked for International Business Systems as a Computer Operator and later was promoted to shift supervisor. After several years, he met the love of his life Gloria Clement. They were married 53 years.
Mike attended Golden Gate University receiving his BA in Management and MBA in Telecommunications Management. Several years after receiving those degrees, he returned to college at California State University, Hayward to receive his BA in Art.
Mike's interests were art, photography, gardening and traveling. He loved the outdoors and the mountains. So much so, that he built a home near Donner Lake so the family would have a nice place to spend their holidays and vacations. He and Gloria also traveled extensively with friends and family to many European and Asian destinations. They frequently traveled to Hawaii where they enjoyed the beautiful beaches and sunsets.
Mike worked for several companies during his working career, mostly in Computer Management roles. After retirement he continued to enjoy his many hobbies.
In addition to his wife, Mike is survived by his two daughters: Michelle and Brian James of San Francisco. Ca. and Justine Melendez of Clayton, Ca. Mike's siblings, Richard Holmes, Beverly Siporin and Patricia Tallman predeceased his death.
The family would like to thank the wonderful staff at Welcome Home Care facility in Alamo for their support of Mike for the almost two years of residency in their facility.
There will be a visitation on August 4th at Chapel of San Ramon Valley in Danville from 4 to 7pm, and a church Service to be held at St. Joan of Arc Catholic church in San Ramon, Ca. on Thursday, August 5th at 11am. In lieu of flowers, the family asks that donations be made to the Alzheimer's Association.