BORN
1928
DIED
2017
Robert (Bob) Campbell
Dec. 2, 1928 - Jan. 23, 2017
Resident of Rossmoor
Loving husband of Georgiena Campbell (deceased), beloved kindergarten teacher at Del Ray Elementary School in Orinda. Loving father of Heather Woodward (Sam), Matt Campbell (Amy), and Beth Fitzgerald (Kevin). Loving grandfather of Hadley Woodward, Colin Campbell, and Kilian and Rory Fitzgerald. Dear brother of Jack Campbell (deceased).
Bob was raised in San Francisco. He graduated from Lowell High ('46) and the University of California, Berkeley ('50), where he was a member of Sigma Chi fraternity. Received MA from San Francisco State University in Biological Science.
In the summer of 1952 Bob was the Director of the Student Section at the California Academy of Science. His first teaching job was in 1952 at Analy Union High School in Sebastopol, where he taught Physics and General Science and coached tennis. From 1953 to 1956 he taught at James Denman Junior High School in San Francisco.
In 1956 Bob moved to Moraga to teach at Miramonte High School in Orinda, where he was the first Biology and Chemistry teacher and the Science Department Chair. Subsequent roles over the next twenty-six years included counselor, assistant principal, Leadership (Student Government) teacher, and tennis, swimming, and cross-country coach. Bob raised his family in Moraga, and his children all attended Miramonte. In 1982 he transferred to Las Lomas High School in Walnut Creek where he taught Biology, Chemistry, and Leadership for nine more years.
Bob's professional accomplishments include his role as one of nine high school chemistry teachers in the United States chosen to contribute to CHEM STUDY, a new approach to teaching high school chemistry that revolutionized traditional pedagogy. In 1980 he received the California Coaches Association High School Girls' Cross-Country Coach of the Year award. The American Chemical Society named Bob the Outstanding East Bay High School Chemistry Teacher in 1991, the same year he retired from teaching. Los Lomas dedicated their 1991 Yearbook to Bob.
In addition to his passion for teaching and coaching, Bob loved Natural History. In the summer of 1954 he was a State Park Ranger Naturalist at Big Basin State Park and in 1961 a Planetarium Lecturer at Diablo Valley College. In the summer of 1967 he led a field trip "Natural History of the Sierra Nevada" for St. Mary's College Extension. During school breaks Bob led backpack trips for teenagers in the Sierra Nevada, Grand Canyon, and Death Valley. He had a deep and abiding love for John Muir, and his fondest memories included introducing groups of up to twenty teenagers to "inner resources they never realized they had" on the John Muir Trail. He made this 216-mile trip from Yosemite to Mr. Whitney twelve times.
A devoted runner, Bob co-founded the Orinda Road Runners Club. His marathons included the 1974 Boston Marathon, which he ran in 3:15. He was a longtime member of Forma Gym (the former Walnut Creek Sports and Fitness Club).
Bob was a strong supporter of the charitable organization FACE (Family Aid to Catholic Education) and dedicated to St. Monica's Muffin Man Program, delivering food to Oakland dispensaries.
A funeral mass will be held at St. Monica's Catholic Church, 1001 Camino Pablo in Moraga on Friday, February 10, at 10:30 am. A reception will immediately follow in the Peace Room at St. Monica's. Interment will be at 2:30 pm at Queen of Heaven Cemetery, 1965 Reliez Valley Rd, Lafayette. In place of flowers the family ask that donations be made to FACE online at http://www.oakdiocese.org/giving.

Published by East Bay Times on Feb. 5, 2017.
To plant trees in memory, please visit our Sympathy Store.
MEMORIAL EVENTS
Feb
10
Funeral Mass
10:30a.m.
St. Monica's Catholic Church
1001 Camino Pablo, Moraga, CA
Feb
10
Interment
2:30p.m.
Queen of Heaven Cemetery
1965 Reliez Valley Rd, Lafayette, CA
MAKE A DONATION
MEMORIES & CONDOLENCES
Sponsored by East Bay Times.
12 Entries
It was with great sadness that I learned today that Bob Campbell had passed away. Mr. Campbell was my high school chemistry and leadership teacher. He was also leader on several outdoor adventures including my 3 week hike along the John Muir Trail. I can say without a doubt that Mr. Campbell was the single greatest influence of any of my teachers on my becoming a chemist and a teacher. I have tried to model his love of chemistry and respect for students throughout my teaching career.
I have so many fond memories of Mr. Campbell from the Halloween demos, peanut brittle, and the simple first candle demo to hiking up Mount Whitney and freezing cold snow camping.
I feel lucky to have been able to demonstrate my love and respect by dedicating my thesis to him and being able to present him with a copy. We have kept in touch over the year and I will miss his notes and care for my career and family. I can only hope to be as inspiring of a teacher as he was.
Mr. Campbell, I am going to miss you. Thank you so much for your love and dedication to countless numbers of students through out the years. You have inspired me personally and professionally in so many ways. Thank you.
Douglas Mulford
February 13, 2017 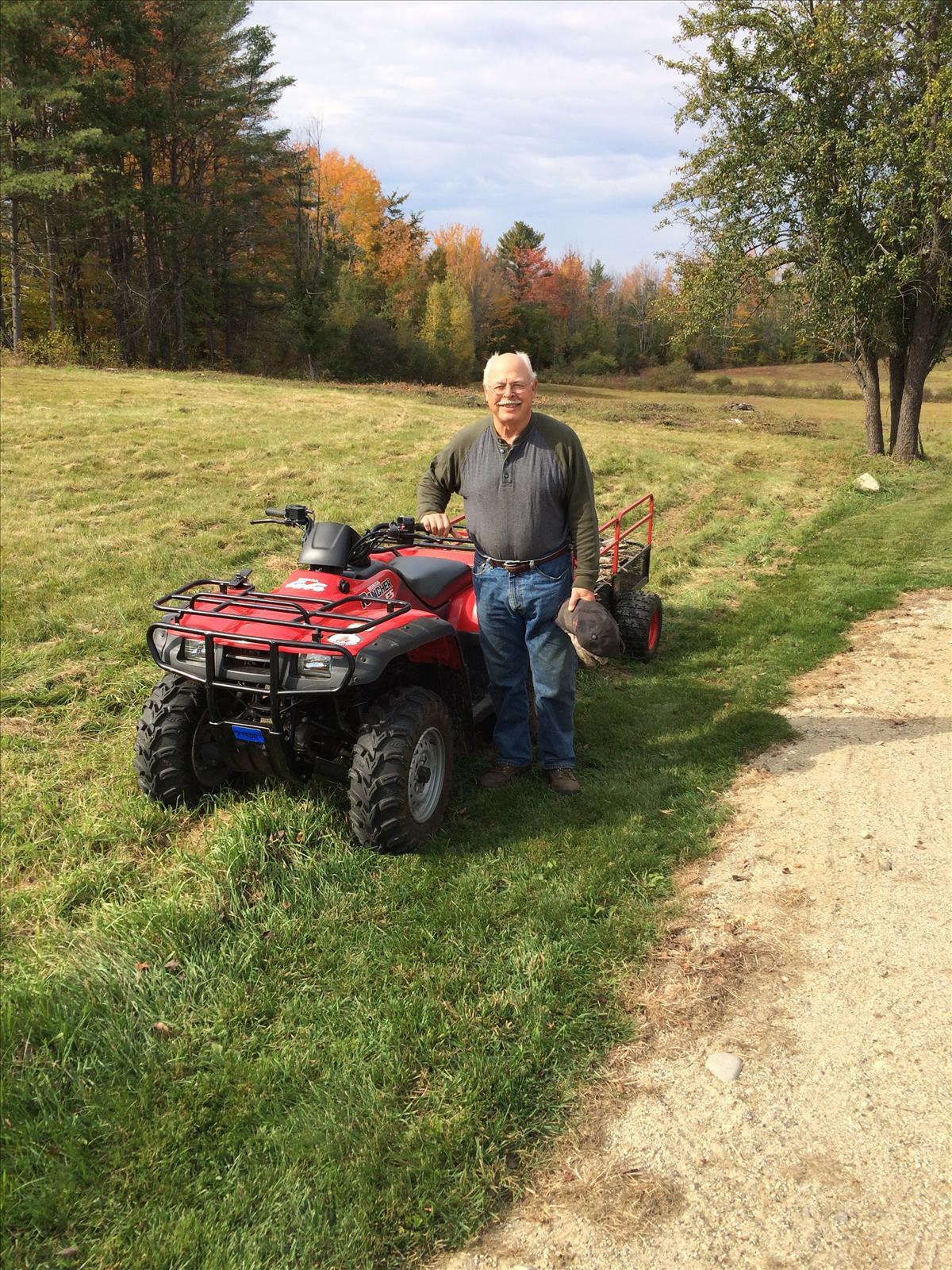 I remember that Mr. Cambell (Bob) was a great chemistry teacher at Miramonte H.S. He lit an academic fire for me and encouraged a curiosity of how things were made up and how they worked. Years later, my wife and I were attending St. Monica's church and saw Bob; I recognized him immediately as he had generated a special place in my life. He recognized me, knew my name and had some personalized memories; he was very happy to meet my wife and interested in our family story. He made a difference in my life and I'm forever grateful I was able to be in his class at a critical time in my life. I was honored to read his obituary as he accomplished so much more and influenced so many more people than i was aware of. He was a wonderful person and hopefully we can meet again "down the road". I'm sad to know of this passing but so ever thankful to have known him.
Charlie Blue
February 9, 2017
I remember struggling in high school chemistry. Bob convinced me to attend a day of Chemistry In Berkeley, CA. The day was called "Chemathon."It was fast-paced, hands-on and just what I needed to spark my interest. Another fun memory was when Bob blew up a pumpkin at Halloween. He was an inspiration and a leader in his field. I am sorry for your loss, but please know that Bob inspired so many "scientists" among his students and colleagues.
Denise Schulze-Pesmark
February 6, 2017 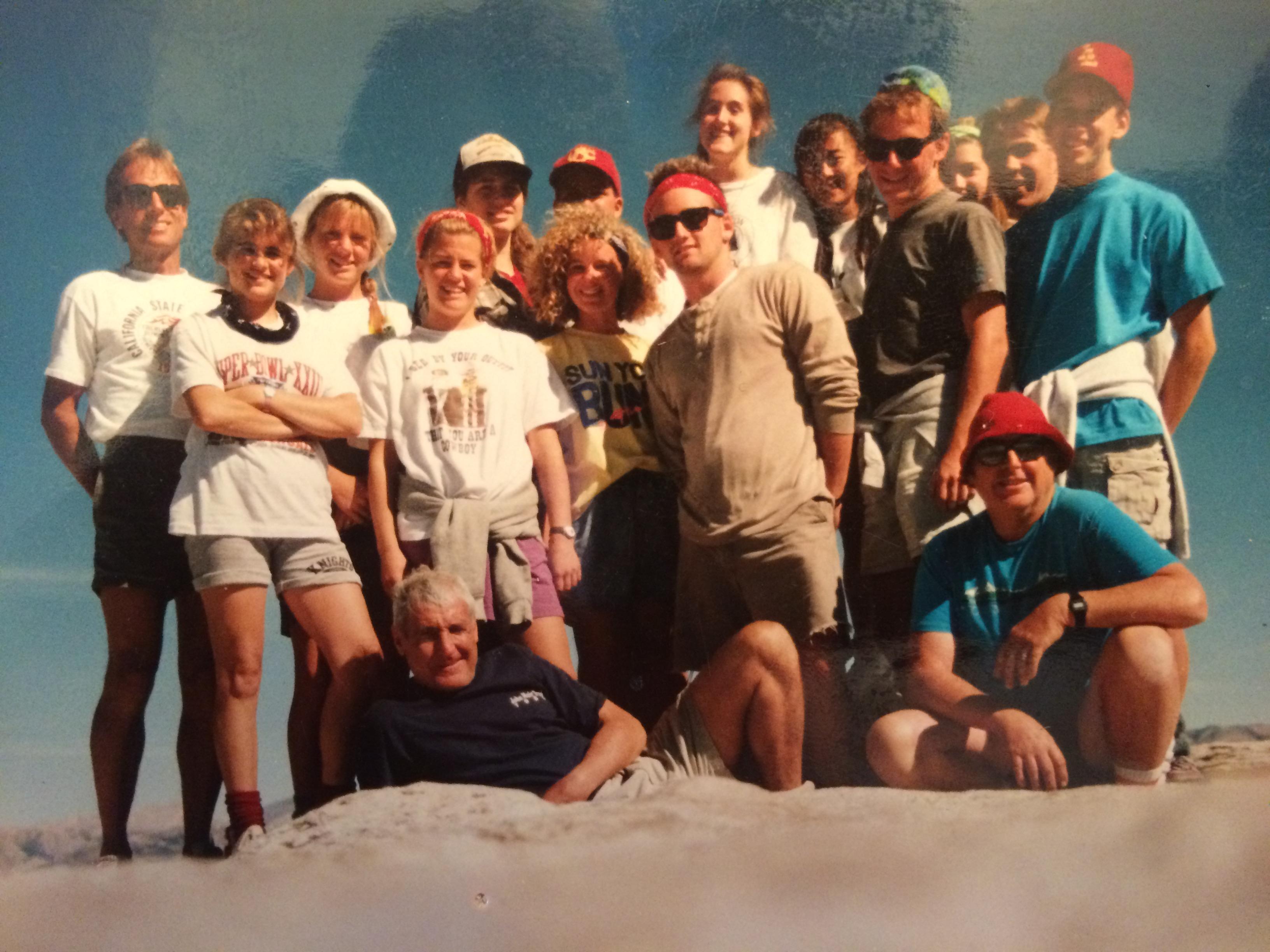 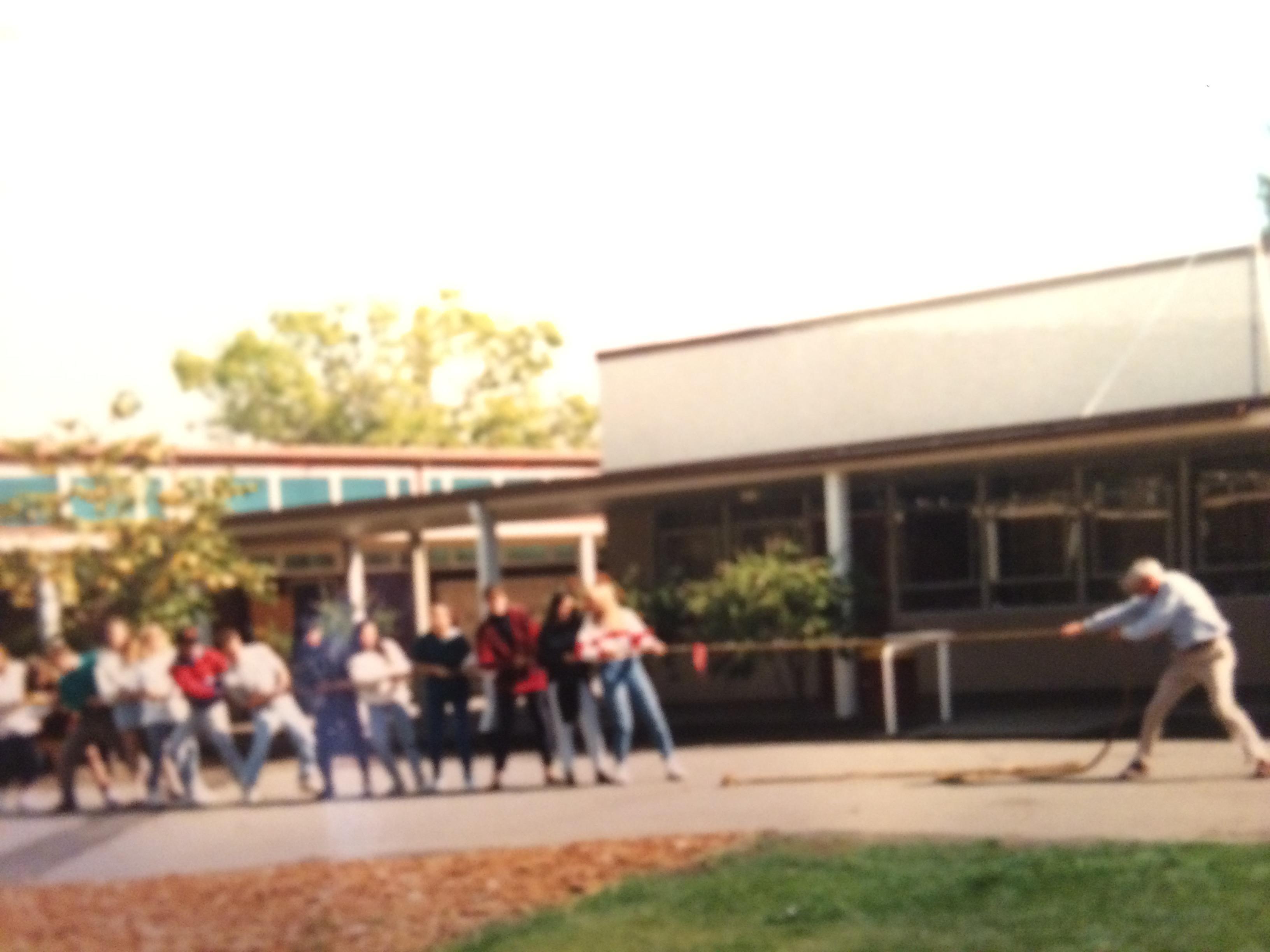 Scott Gehrman
February 6, 2017
I was one of his students at Las Lomas High School (class of 86). I have such great memories of trips shared with him including backpacking to the bottom of the Grand Canyon as well as an adventure camping in the snow. Mr Campbell was reluctant to have me do the Grand Canyon trip as he didn't think I would be tough enough - the skinny kid with no real outdoor experience. But I convinced him I was up for the adventure and it was a once in a lifetime experience! He was an amazing teacher and had such a great sense of humor. I will always remember Mr Campbell with a big smile. My condolences to his family.
Jennifer Stockwell (Turnbell)
February 6, 2017
Mr Campbell was a great teacher who inspired so many... he was one of my favorites at Las Lomas and I would not be where I am today without him. My peace to all.
Jennifer Parenti
February 6, 2017 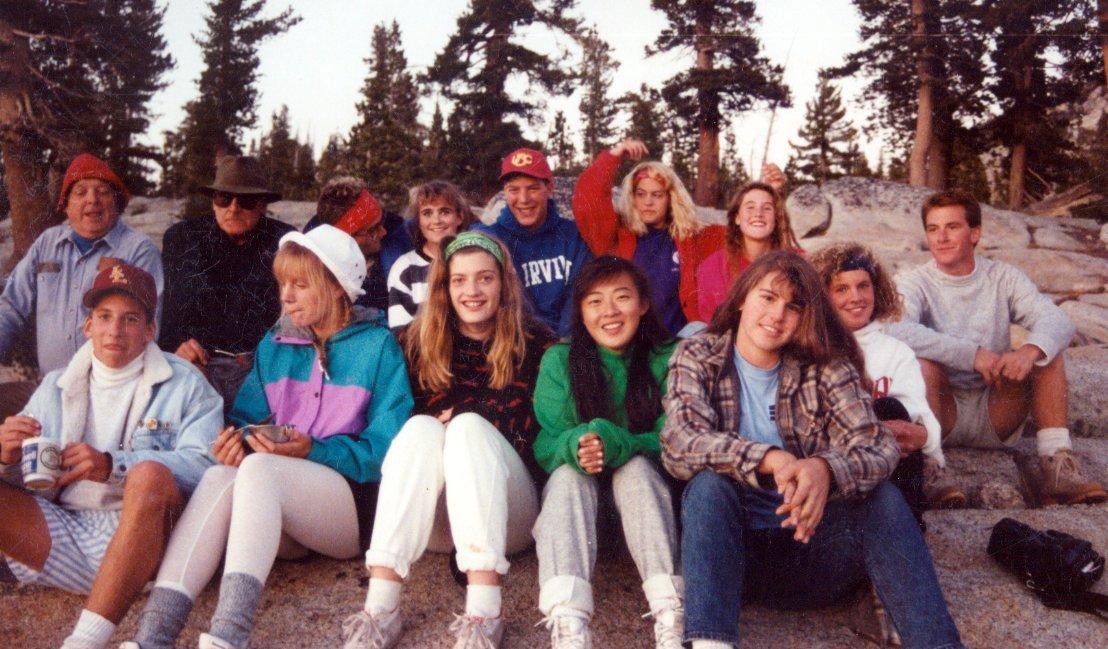 Douglas Mulford
February 5, 2017
Dear Heather, Matt, and Beth,
Please accept Lynn's and my prayers and condolences on the death of your father. Bob was my friend and colleague during my years at Miramonte and Las Lomas High Schools. He also introduced me to many adventures back packing in Yosemite. Lynn and I now live in Santa Fe, New Mexico and I haven't seen your dad for many years. We will remember him at masses at St. Francis Cathedral in Santa Fe. You also, and your dear mother will be remembered at mass. God bless you and your families. Much love, Lynn and Fred Diehl
Fred Diehl
February 5, 2017
Dear Heather, Matt and Beth,

Please accept my and Lynn's condolences on the loss of your father. He was my friend and colleague at Miramonte and Los Lomas who also introduced me to some wonderful excursions in Yosemite. We live in Santa Fe, New Mexico now and I haven't seen your dad in many years. He will be remembered in our prayers at St. Francis Cathedral in Santa Fe. You also will be remembered, as well. God bless you and your families. Much love, Fred and Lynn Diehl
Fred Diehl
February 5, 2017
This was a man who mentored and inspired so many. I joined a number of those magnificent backpacking trips he led, and I feel like those trips helped me find myself and my strengths. Mr. Campbell introduced me to John Muir, the constellations and the ability to climb mountains which seemed impossible. All the best to the Campbell family and especially to my classmate of yore, Matt.
Lauren Stone
February 5, 2017
Grandpa & I spent enough time together for us both to confirm he was in better shape than me for many years! He was loot of fun & was very honest with his opinions & was a man of integrity. He was a great Grandpa for Hadley & will be missed by all of us.
February 3, 2017
Showing 1 - 12 of 12 results