BORN
1948
DIED
2021
FUNERAL HOME
Steed-Todd Funeral Home
800 E. Manana Blvd
Clovis, NM
Sommung Nance, 73 of Clovis, better known as "Pon" to her family and friends, passed away Saturday October 9, 2021, in Clovis.
Pon was born October 4, 1948, in Thailand to Kaew and Nok Fangsantie. She made her way to the U.S. via military, in 1974. In 1978, she found herself in Clovis, NM and began a life for herself and her children. She worked at Missouri Beef in Friona, TX., now known as Cargill, for 30+ years until she retired. She married Preston Nance on February 24, 1998, and he took care of her until her death.
She enjoyed many years of playing bingo with friends, Yhatzee with her sister Marriann, spending time with her grandchildren, babysitting her grand-dog Bubba, and of course cooking. No one ever left her home hungry.
Pon is preceded in death by both her parents; her in-laws, Leroy & Robbie Lee Nance; brothers-in-law, Ted, Howard, & William "Winky" Nance; sister-in-law, Faye Gooden; and grand-dog Kush.
She is survived by her husband, Preston Nance (of the home); her children, Chris Parker- Clovis, Lynn (Daniel) Chavez- Clovis, Tasha (Cory) Pugh- Ft. Worth, TX; sisters in law, Marriann Ragsdale- Arizona, Bertha Nance- Albuquerque, NM., Mary Nance- Albuquerque, NM., Brenda Depperman- Clovis, NM; her grandchildren, Tranell, Janeesha, Zachary, Mariah, Journie, and Koby; a host of nieces and nephews; and her grand-dog Bubba.
In honor of her wishes, there will be no services. We will celebrate her life with family and friends at a later date.
Published by Eastern New Mexico News from Oct. 15 to Oct. 17, 2021.
To plant trees in memory, please visit the Sympathy Store.
MEMORIAL EVENTS
To offer your sympathy during this difficult time, you can now have memorial trees planted in a National Forest in memory of your loved one.
Funeral services provided by:
Steed-Todd Funeral Home
MAKE A DONATION
MEMORIES & CONDOLENCES
Sponsored by Steed-Todd Funeral Home.
2 Entries 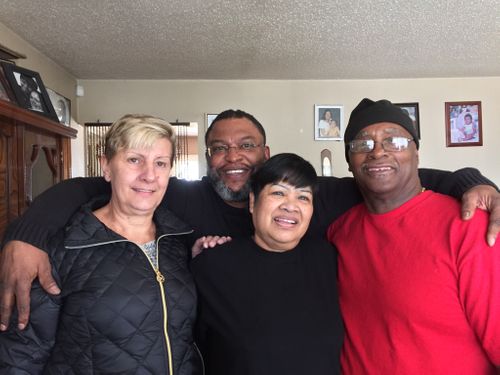 Rest Pon
Johnny C & Marie Dixon
Friend
October 16, 2021
Thank you Pon (and Preston) for always opening your heart and home to me. I will miss your presence here on earth but thankful to God I will see you again one day. My love prayers and sympathy go out to my entire family. I love you all,
Lisa Wise-Eady
Lisa Wise-Eady
Family
October 16, 2021
Showing 1 - 2 of 2 results