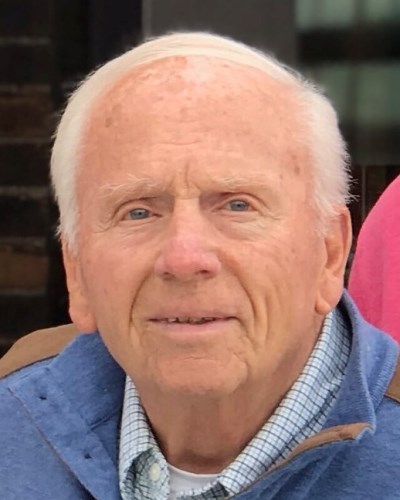 BORN
1933
DIED
2021
FUNERAL HOME
Haase-Lockwood Funeral Home and Crematory
620 Legion Dr.
Twin Lakes, WI
James Arthur Hartman passed away on June 10, 2021 and will spend eternity with his Lord. Jim was born in Elgin, IL on November 2, 1933, the only child of the late Harvey and Berdena Hartman.

Jim was a 1951 Hampshire High School graduate where he was active in basketball, baseball and 4-H. After winning multiple Trap Shooting State Championships in both Illinois and Wisconsin, he was named a U.S. Trapshooting Junior All American in 1950 and 1951. He went on to earn a degree in Agriculture from the University of Illinois in 1956 while also participating in the Army ROTC program there. He became a Mason at age 21 and a Shriner at Medina Temple in Rockford, IL. He was also a member of the Elgin, IL Elks Club for many years. Following graduation, Jim was commissioned as an officer in the U.S. Army and served a total of 8 years on both active and reserve duty attaining the final rank of Captain in Air Defense Artillery. In his early years, he worked in the family cattle business and later served as an entrepreneur in many industries to include owning a car wash and gas station, multiple restaurants, a bowling alley, serving as a real estate agent, and was involved in building homes in the Hampshire area. In 1999 he and his wife, Karen, moved to Land O'Lakes, WI, fulfilling one of his greatest dreams of retiring to the beautiful Northwoods of WI and experiencing nature where he always felt closest to God.

He adored his wife and family and, along with his faith, they brought him the deepest joy. A generous person, Jim donated more than 8 gallons of blood during his lifetime and graciously helped friends and family in times of need. He was a lifetime member of the Amateur Trapshooting Association and a Life Member of the Gateway Gun Club in Land O' Lakes, WI. He was an avid outdoorsman and besides trap shooting, his primary passions were deer, pheasant, grouse, and duck hunting, fishing, and trapping.

Jim is survived by his wife and best friend, Karen Olson Hartman, who he married on October 1, 1960. Together they enjoyed over 60 years of marriage. He is also survived by four sons: Jim (Trina), John (Juli), Art (Anne), and Curt (Beth); 10 grandchildren; 8 great-grandchildren; many cousins, nieces, nephews; and two sisters & brothers-in-law. Jim was preceded in death by his parents, Harvey and Berdena, his grandparents, and numerous aunts and uncles.

A celebration of Jim's life will be held at 1 PM central time on Sunday (JUNE 20) with visitation one hour prior at Haase-Lockwood and Associates Funeral Home, 620 Legion Drive, Twin Lakes, Wisconsin 53181, (262) 877-3013. Burial will immediately follow at Mound Prairie Cemetery with a reception to be announced.