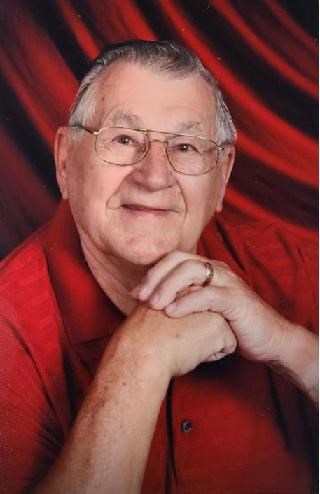 Gerald was born to Harold and Hazel Smith (Goddard) on November 17, 1931. He graduated from Nicolet High School in West DePere, Wisconsin in 1949. He proudly served in the Coast Guard from 1951-1954, fighting bravely in the Korean War. He then went on to become an electrician and was a member of the IBEW local 158. Gerald retired in 1994 and spent his winters in Bonita Springs, Florida. In 1966 he married his love Marjorie. In 2002, he moved to Punta Gorda, Florida but still spent his summers in Green Bay, Wis.

Gerald had many hobbies, one of which was singing. He was a member of the Charlotte Chorale and Barbershoppers. He also enjoyed woodworking, shuffleboard, bocce and watching football, especially the Green Bay Packers!

Gerald is pre-deceased by his mother and father; sister, Joyce and brother-in-law, Walter Klunk; and his son, Michael.

Gerald is survived by his wife of 55 years, Marjorie; sons, Jeffrey and Dale; daughters, Jennifer and Brenda; 8 grandchildren; 2 great-grandchildren; and several nieces.

There will be a service later this year in Green Bay, Wisconsin.

Memorial contributions can be made to the Salvation Army and can also be sent to Wequiock Presbyterian Church in Green Bay, WI.
To plant trees in memory, please visit our Sympathy Store.
Published by Sun Newspapers on May 12, 2021.
MEMORIAL EVENTS
No memorial events are currently scheduled.
To offer your sympathy during this difficult time, you can now have memorial trees planted in a National Forest in memory of your loved one.
MEMORIES & CONDOLENCES
0 Entries
Be the first to post a memory or condolences.