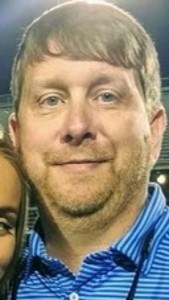 Mr. Nix was born on February 2, 1976 in Columbus, Georgia the son of Paul Kelly Nix and Betty Morris Nix. He was a loving father, husband, son, and brother. He was a 1994 graduate of Dixie Academy and later received a Bachelor's Degree from Troy State University. Mr. Nix was the office manager of BMI and also owned and operated his own company, Professional Attorney Funding. He was a member of Hillcrest Baptist Church in Enterprise. His hobbies included: fishing with his son, gardening, and playing computer games.

Glover Funeral Home of Clayton was entrusted with the arrangements. (334) 775-3403. Please sign the guestbook online at www.gloverfuneral.com

To plant trees in memory, please visit our Sympathy Store.
Published by Enterprise Ledger on Oct. 23, 2020.
MEMORIAL EVENTS
Oct
23
Graveside service
11:00a.m.
Clayton City Cemetery
, Clayton, Alabama
GUEST BOOK
2 Entries
Betty, Our thoughts and our prayers are forever with you and your Family
Ron & Anne Lee
November 18, 2020
May your memories of the wonderful times you shared with your loved one comfort you and your family, today and always.
American Heart Association
October 23, 2020