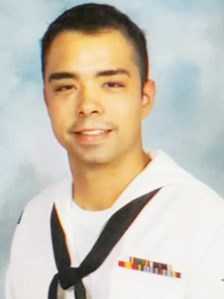 With deepest sorrow, we announce that Bryan Cadena Wilson, age 38, passed away on Thursday, September 16, 2021 after a sudden illness. Bryan was a current resident of St. Petersburg, Florida and a former resident of Enterprise, Alabama and Clarksville, Tennessee.

A Celebration of Life will be hosted by Bryan's St. Petersburg community and friends on Saturday, September 25, 2021 in St. Petersburg, Florida. A memorial service will be held at Sorrells Funeral Home, 4550 Boll Weevil Circle, Enterprise, Alabama on Friday, October 1, 2021 at 10:00 a.m. with CH (COL-R) Sonny Moore officiating. The family will receive friends at the funeral home beginning at 9:30 a.m. and continue until time of service.

Bryan was born on April 11, 1983 in Dothan, Alabama. After graduating from Enterprise High School in 2001, Bryan proudly enlisted in the United States Navy. During his distinguished career, Bryan served on every aircraft carrier assigned to the Pacific theater, to include the USS Reagan and the USS Lincoln. After his honorable service in the US Navy, Bryan worked in the construction business and the information technology business. Bryan was an avid spear fisherman, golfer, and "volunteer deck-hand" during his many enjoyable days diving and boating in Tampa Bay and the Gulf of Mexico. Bryan's sense of humor, generous spirit, and warm heart will be missed each and every day by all who knew him.

Bryan was preceded in death by his beloved grandparents, Lucian and Carolyn Wilson and Henry and Martha Cadena.

For those who wish, in lieu of flowers, Bryan's family would appreciate memorial contributions be made in Bryan's and his beloved dog Zoey's name to the SOS Animal Shelter in Enterprise, Alabama (sosshelter.com) or in Bryan's memory to the Washington Children's Hospital in Washington D.C. (giving.childrensnational.org).