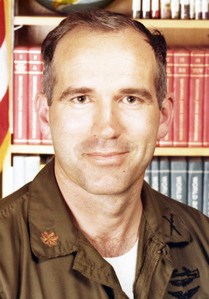 U.S. Army Retired Major Charles "Chuck" John Hersant, age 77, passed away peacefully on Friday, August 20 2021, at his home in Enterprise, Alabama after a long battle with cancer. He was surrounded by the love of his family.

A funeral service will be held at 11:00 a.m., Friday, August 27, 2021 at St. John the Evangelist Catholic Church in Enterprise, Alabama and the family will receive friends from 10:15-10:45 a.m. in the foyer of the church prior to the service. He will be laid to rest at Oak Grove Cemetery in Webster, Wisconsin with full military honors at a later date. It is requested that social distancing be practiced and masks be worn at the Friday service.

Mr. Hersant was born November 17, 1943 in St. Paul, Minnesota to the late Ignatius Henry and Marie Viola Hersant. He grew up in Webster, Wisconsin and graduated from Webster High School in 1961. He then attended the University of Wisconsin-Superior and worked at U.S. Steel before being drafted into the U.S. Army. On 19 August, 1967, he married Alice Marie Radke. He served his country with distinction for 20 years, including two combat tours in Vietnam and six assignments and retired as a Major at Fort Rucker, Alabama in 1986. After military retirement, Chuck and Alice decided to settle in Enterprise, Alabama where he served 23 years as a Contract Instructor Helicopter Pilot for the U.S. Army and later U.S. Air Force retiring in 2009.

Mr. Hersant was a man of great faith and an active and supportive member of St. John's Catholic Church. He enjoyed hunting deer and turkey, gardening, beekeeping and he was an avid fisherman. Chuck actively supported his children's involvement in Scouting, Enterprise High School Football/Band/ROTC, church programs/events and numerous other activities.

He is survived by Alice, his wife of 54 years; children, Mark Hersant (Lisa) of O'Fallon, Illinois; Alesha Tomerlin (Donald) of Clarksville, Tennessee; and Matthew Hersant of Bellevue, Washington; and grandchildren, Haley Hersant, Brett Hersant, and Christopher Tomerlin. He is also survived by his sister, Diane Medaglia and other extended family.

In addition to his parents, he was preceded in death by his sister, Pat Christiansen and brother, Terrance Hersant.

Chuck was a kind and loving partner to his wife as well as a wonderful father and grandfather. He had a great sense of humor that he enjoyed sharing with family and friends. Chuck will be greatly missed, fondly remembered, and forever in our hearts.

The family would like to extend a special thank you to DaySpring Hospice for their loving care.

In remembrance of Chuck's life, the family asks that any charitable donations be made in his name to the American Cancer Society, St. John Catholic Church Building Fund (123 Heath St, Enterprise AL 36330), or your favorite charity.