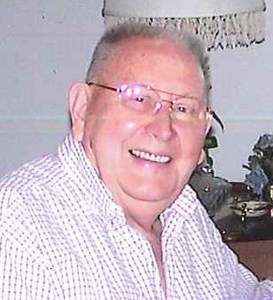 Lt. Col. Charles J. Lewis (Ret.), "Chuck," of Enterprise, Alabama passed away peacefully on November 7, 2020 in Lakeside, Arizona at the age of 96. He joins his wife of 74 years, Helen Faye Lewis, who passed earlier this year.

Chuck was born on March 3, 1924 in Haskett, Oklahoma one of four children to Ernest and Mary Lewis. He enlisted into the U.S. Army at the age of 18 and ultimately achieved the rank of Lieutenant Colonel. Chuck is a veteran of World War II, the Korean War and Vietnam. He earned multiple medals and decorations throughout his career, including the National Defense Service Medal with Oak Leaf Cluster, Army Commendation Medal, Armed Forces Service Medal, United Nations Service Medal, Master Army Aviator Badge, Armed Forces Expeditionary Medal, Republic of Vietnam Campaign Ribbon, Air Medal, and Armed Forces Reserve Medal.

He retired in 1970 after nearly three decades of service. His career took him, and often his family, across the world to places including Okinawa, Germany, and Italy; and in the United States they made homes in Alaska, Arizona, and finally, Enterprise, Alabama near Fort Rucker, home of U.S. Army Aviation.

Chuck had a deep sense of justice that guided him throughout his life. He fought for, and won, compensation and recognition for service members that were exposed to radiation during atomic bomb and weapons testing between 1946-1962. He was politically active and supported local and federal campaigns, following our elected officials' actions closely. He was righteous to a fault (usually someone else's!) and incredibly generous. It was rare to visit the PX (Post Exchange) with Chuck and not come home with some sort of surprise or stop for a treat, especially if you were a grandkid.

He also had a deep love of cars and could be seen tooling around in his garage well into his 90s.

Chuck's viewing will be held 2:30 PM Monday, November 16, 2020 at the Owens Livingston Mortuary in Show Low, Arizona. He will be buried at a private ceremony in the Dallas/Fort Worth National Cemetery in the following days.

Throughout their lives, Chuck and Helen always included a beloved dog as part of their family, and stories about Booger Boy, a German shepherd Al that he brought home from Germany were some of Chuck's favorites. The family requests that memorials may be made to the American Humane Society or the charity of one's choice.

For those who have special memories and would like to send private condolences or sign our online guest book, visit www.owenslivingstonmortuary.com.

To plant trees in memory, please visit our Sympathy Store.
Published by Enterprise Ledger from Nov. 18 to Nov. 19, 2020.
MEMORIAL EVENTS
No memorial events are currently scheduled.
To offer your sympathy during this difficult time, you can now have memorial trees planted in a National Forest in memory of your loved one.
Funeral services provided by:
Owens Livingston Mortuary
GUEST BOOK
0 Entries
Be the first to post a memory or condolences.