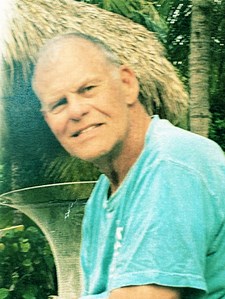 Visitation was held May 18 at Gunter Peel Funeral Home. Services were held May 19 at 2:00 p.m. at Wesley United Methodist Church.

Danny graduated from Enterprise High School in 1964. In high school, Danny was a star athlete in baseball, football, and wrestling. He still holds records in Alabama high school football and he was an All- State Champion in wrestling.

He entered Auburn University after graduation and continued wrestling there. On May 22, 1967, he entered the United States Air Force and served 8 years as an air traffic controller. This included a tour in Vietnam where he not only served his country, but the community of Cam Ranh Bay, Vietnam.

On return to the States, he was stationed at Columbus Air Force Base where he met the love of his life, Becky. They married in 1972, and spent 49 years of life together having fun, working, building a family, and having fun. After leaving the military service, he obtained a degree in fishery biology at MSU. With that, he owned and operated Watson Catfish Farm. He stayed on as a civilian at Columbus Air Force Base for 28 years training over 3,000 pilots in simulated flight to protect our country. In 2017, Danny and Becky moved to Orange Beach, Alabama.

Danny was an avid outdoorsman, loved diving in the Florida Keys, was a bird lover and the best yardman ever. He was a lifetime member of Big Bud Hunting Club. While in Columbus, he attended Wesley United Methodist Church. Danny loved Christ, his family and his country.

He was a great guy.

Published by Enterprise Ledger on May 25, 2021.
To plant trees in memory, please visit our Sympathy Store.
MEMORIAL EVENTS
May
18
Visitation
5:00p.m. - 7:00p.m.
Memorial Gunter Peel Funeral Home & Crematory
716 2ND AVENUE NORTH, Columbus, MS
May
19
Service
2:00p.m.
Wesley United Methodist Church,
Columbus, MS
Funeral services provided by:
Memorial Gunter Peel Funeral Home & Crematory
MAKE A DONATION
MEMORIES & CONDOLENCES
Sponsored by Memorial Gunter Peel Funeral Home & Crematory.
9 Entries
I am so sorry to hear about your loss of your love one. May you find comfort during these difficult time.
Danny
May 22, 2021
I am so sorry for your loss. I hope you find comfort in the words written at Jeremiah 29:11,12
Ms. Smith
May 22, 2021
I will always remember Danny as one of those great classmates that worked to achieve his goals in life. Great personality and caring person for everyone. Looking forward to meeting him again in heaven.
Johnny Belcher
Friend
May 19, 2021
So sorry we have lost Danny. Look forward to seeing him in heaven!
Barbara HARRELL
Friend
May 19, 2021
Fond memories of fun times!
Vickie Burris
May 17, 2021
Dear, life long friend, now in heaven with Billy.
Vickie Burris
Friend
May 17, 2021
I love you Jennifer
Praying for yall.
Mary lee Johnson
Friend
May 17, 2021
Danny and I grew up together in school, sports, and church. His smile and laugh will continue to echo in my mind. He was a blessing to many. I have known a few men as fine as him, but none finer.
Herbie Gannon
Friend
May 17, 2021
Remembering fun times with Danny and Becky. What a blessing it is to have happy memories of those we have loved and lost. I will be keeping your family in my thoughts and prayers, Becky.
Rosalea McIntosh
Friend
May 17, 2021
Showing 1 - 9 of 9 results