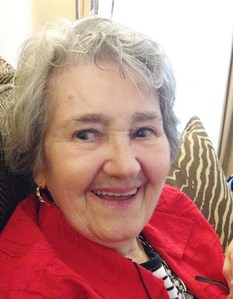 Shortly after graduating from New Brockton High School, Gloria married her first and only love, Edwin W. Gannon, also of New Brockton. During Edwin's 23 years in the Army, Gloria raised her four children traveling from post to post. Some of the fondest memories they made included picnics in the Swiss Alps, touring castles, climbing volcanoes, camping in Europe, and many other excursions. As soon as one journey was finished, Gloria (with her map in hand) was already planning the family's next adventure.

In 1985, Gloria and Edwin founded EDSCO Fasteners, Inc. in Lewisville, Texas, and later founded two other branches in Alabama and Georgia. Gloria, faithfully by her husband's side, was instrumental in getting the company off and running.

Once Gloria and Edwin retired, they extended their love of traveling to their grandchildren by creating the "Cousins Trip" event. This took place every summer with any of their grandchildren that were of age to be away from home for an extended amount of time. These once in a lifetime trips took grandchildren to many locations including: Grand Canyon, Yellowstone, Mount Rushmore, The Alamo, Branson, Panama City Beach and Lake Gloria.

Gloria loved playing the piano and singing praise and worship hymns, including her favorite "How Great Thou Art". She was a devoted member of Trietsch Memorial United Methodist Church in Flower Mound, Texas, and was a member of the choir in recent years. On Saturdays in the fall, you would find her decked out in her Alabama spirit wear, watching the Crimson Tide and yelling, "Roll Tide!"

The family will hold a graveside service at Roselawn Memorial Park, 3801 Roselawn Dr., Denton, Texas, on Friday, November 13, 2020, at 11:00AM. Contributions may be sent to New Brockton United Methodist Church, 118 Dawkins St., New Brockton, Alabama 36351. Flowers would also be welcome as Gloria loved them so.