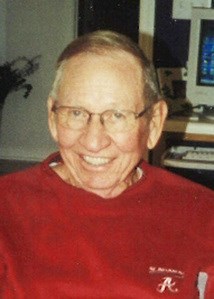 Funeral services will be 2:00 P.M., Thursday, June 17, 2021, in the Chapel of Holman Funeral Home and Cremations in Ozark with United States Army Chaplain officiating. Interment will follow in Woodlawn Memory Gardens with full Military Honors, Holman Funeral Home of Ozark directing. The family will receive friends at the funeral home in Ozark Thursday from 1:00 P.M. until service time.

SFC Wissel was born February 24, 1928 in Pesotum, Illinois to the late Raymond Henry Wissel and Edith Martin Wissel. One of five brothers, he enlisted in the United States Navy at the age of 17. He spent his 18th birthday in the Philippines helping clear wreckage from World War II in the Pacific. Upon completion of his Navy Service he joined the United States Army and retired from active duty in November 1966. During his active duty time, he completed tours in Okinawa, Korea, Fort Knox, Fort Carson, Germany and Fort Rucker. Shortly after his active duty time, he began another career with Civil Service at Fort Rucker. He served as Club Manager for both the Fort Rucker NCO and Officer's Club and ultimately retired from his position over the Morale, Welfare and Recreation operation in 1987. He was an active member of his Catholic parish at Fort Rucker until his death. In addition to his parents, he was preceded in death by his high school sweetheart of over 60 years, Mary Connie Waltz Wissel; and two sons, David Wissel and Mark Wissel; four brothers, Ray, Paul, John and Bob Wissel.

Condolences may be expressed at www.HolmanFuneralHome.com