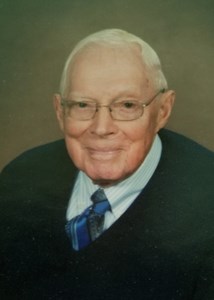 Lee enlisted in the Army in 1948, where he began his lifelong passion for aviation. He was a decorated helicopter pilot in the U.S. Army, where he received the Distinguished Flying Cross, among other awards. He served in Vietnam, Korea, Germany and several U.S. posts, retiring in 1967. He continued serving his country with the Federal Aviation Administration for the next 29 years. He retired from the FAA as Chief of the Cleveland FSDO Office in 1995. Upon his retirement, Lee returned to Enterprise where he became an active member the National Active & Retired Federal Employees (NARFE), serving as President of two chapters. In 2008, Lee was honored with the Service Officer of the Year for both the Alabama Federation of NARFE and NARFE Region III.

Lee was active in the community of Enterprise. He served on the airport advisory board, supported the activities of the Enterprise Chamber of Commerce, was nominated for Man of the Year in 2002, and was awarded the Retiree of the Year in 2009. For his role in helping seniors on many different levels, he was awarded the Alabama Senior Citizens Hall of Fame Lifetime Achievement Award in 2016. He was an active member and deacon of Grace Place Church in Enterprise for many years. He served his country, his family, his community and church for 90 years. He is remembered by the many lives he touched.

To plant trees in memory, please visit our Sympathy Store.
Published by Enterprise Ledger on Oct. 22, 2020.
MEMORIAL EVENTS
Oct
23
Memorial service
2:00p.m.
Grace Place Church
, Enterprise, Alabama
Funeral services provided by:
Sorrells Funeral Home - Enterprise
GUEST BOOK
1 Entry
Sara and all please know that we are thinking of you. Mr. O'Berry was a great man and the few times that I had the privilege of visiting with him I very much enjoyed talking about flying and his experiences. He was a great American.
Barry Penny and Kay Brown
October 22, 2020