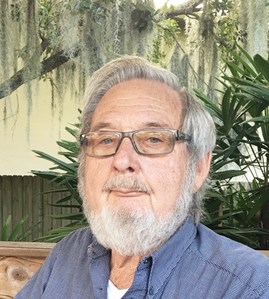 It is with great sadness we announce that Maurice "Mef" Law, Jr. has passed away. Mef died on July 20, 2021, after a brief illness following heart surgery. He died peacefully at home with Sally Law, and other family members by his side.

Mef Law was born on May 14, 1937 in Selma, Alabama to Maurice Franklin Law, Sr. and Marie Corrine Carlton, both deceased. Mef grew up in Linden, Alabama where he was an Eagle Scout and graduated from Linden High. Mef went on to obtain an engineering degree from Auburn University in 1960. After he graduated from Auburn, he moved to Albany, Georgia to work for Coats and Clark. In 1966, he moved to Milwaukee, Wisconsin where he held several key management positions with American Motors Corporation. In 1978, he was co-founder and owner of Universal Blanchers in Blakely Georgia.

Mef enjoyed a deep passion for cars and Auburn football. Mef had an array of cars throughout his years but especially loved those that he could "work on". He certainly had the gift of being able to design, build and fix things. He was very proud to be a graduate of Auburn University, and spent many years attending games when and wherever they played.

Mef met the love of his life, Sally S. Law of Enterprise, Alabama. They were married on August 23, 1994. They have lived in Enterprise, Alabama looking over beautiful Lake Hulon for 21 years. They have enjoyed travelling to warm places such as Hawaii and Puerto Rico, two of Mef's favorites. He and Sally attended Mt. Pleasant Baptist Church in Enterprise, where he will be missed greatly.

Dr. Dustin Bruce, Dean at The Southern Baptist Theological Seminary in Louisville Kentucky will be conducting the service. Mef was a grandfather to Dustin since he was only 5 years old and they grew to have a very strong relationship.