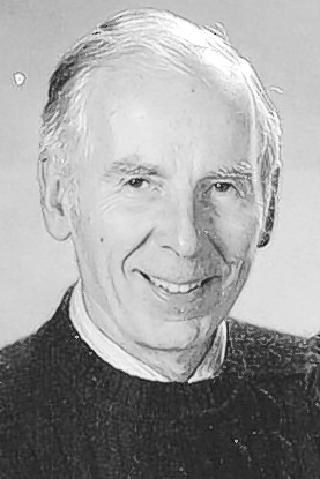 Buddy attended Cranesville and Albion High School, and studied business administration at the University of Chicago and Westminster. He joined the Army Air Corps in December of 1942 and served in India as a "Radar Mechanic Sea Search Lab 856". He always said, "Uncle Sam gave him a trip around the world." After his discharge, he returned home to Cranesville and went to work in the family business, Kennedy's Hardware, where he was the 4th generation.

On November 5, 1948 he married Harriet Eastman of Union City. He and his wife had traveled to 47 of the 50 States, several cruises, and to Spain. Charles served on the Cranesville Boro Council for over 50 years, the Albion Area Industrial Authority, Erie County Industrial Authority, was one of the founding members of Cranesville Volunteer Fire Department and past chief, a member and past President of Albion Area Lions Club and was their Citizen of the Year in 1983. He was a member of the Community National Bank Board for 55 years. Most recently, Bud and his son Bill were awarded the 2019 Commitment to Erie Award for Kennedy's Hardware.

He was preceded in death by his wife in 2010, his parents, a sister Carol Bailey, and a son-in-law Gary Pomeroy.

Charles was a resident of Cranesville all of his life and he was one of the oldest members of the community. The family would like to give a special thank you to caregivers, Susan and Kathy, and also to, Denny of Family Care Hospice for the wonderful care they gave to Buddy.

Services will be held privately by the family. Buddy and Harriet's ashes will be put together and buried in Hope Cemetery, Wellsburg.

To light a memory candle or leave a condolence, please visit www.matterafuneralhome.com.


Published by Erie Times-News on May 24, 2020.
To plant trees in memory, please visit the Sympathy Store.
MEMORIAL EVENTS
To offer your sympathy during this difficult time, you can now have memorial trees planted in a National Forest in memory of your loved one.
Funeral services provided by:
Mattera Funeral Home
MAKE A DONATION
MEMORIES & CONDOLENCES
Sponsored by Mattera Funeral Home.
16 Entries
Bud was just a plain nice person. He was kind to everyone. I will miss seeing him on my yearly visits back east. Rest in peace..
Peggy Van Slyke
May 27, 2020
I never knew Bud, but was in the store many times as a child ( 1943-1950's). We lived at Grandma & Grandpa Drury's ( Zella and Don). Moved to Tucson, Az. In 1951. sorry for your loss.
Becky Drury
May 27, 2020
My deepest sympathy on the loss of Bud. He was a great person.
Brenda Thornton
May 27, 2020
There are no words when a loved one passes, but his memory will live on! He was always so kind and helpful! He will definitely be missed!
Lori Purves
May 26, 2020
Sorry for your loss, Buddy always greeted you with a smile.

Harry and Barbara Drury
Byron and Nancy Drury
Byron Drury
May 25, 2020
Buddy was a favorite first cousin of the Riley brothers- Pat, John, and myself. He sent us souvenir Army insignia patches from his WW II days of service as a radarman in the CBI Theater. He was the patriarch of the Cranesville Kennedy family, a pillar of that community, and his absence now a gaping void in the lives of all who knew and associated with him. Descended from early Salem, Massachusetts, 17th century settlers, his ancestors fought in the French and Indian, Revolutionary, and Civil Wars. Buddy now takes his special place in our nation's 'Greatest Generation' of wartime heroes. Our sincerest condolences go out to all his immediate family, and may this difficult time for them pass quickly. Jim Riley
May 25, 2020
He was an incredible man of the community, like we'll never see again
John Brewer
Friend
May 24, 2020
Sorry
Bud and wilma Sabol
May 24, 2020
Deepest sympathy to the family. Always there for everyone in the community whenever needed. Our loss but Heaven's gain.
Sue Wadsworth
May 24, 2020
Bud was a good friend to myself and the Cranesville Fire Department always asked me what was going on at airport or firehall rest easy friend we will take it from here Tim & Val
May 24, 2020
One great man who was loved and appreciated by all, may you Rest In Peace. Prayers and deepest sympathies to his family.
Roger and Kristine Copeland
May 24, 2020
Sorry for your loss.
Randy Danielson
May 24, 2020
Our hearts are filled with sorrow upon hearing the news about your father's passing. Our most sincere condolences.