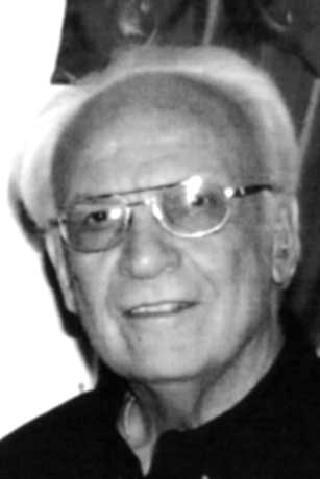 Dick was a 1948 graduate of Cathedral Prep and also attended Gannon College.

He served in the United States Army during the Korean War.

Dick was a banker his entire career. He worked for Security Peoples, PennBank, Integra, and National City Banks. After retiring from the banking industry, Dick became an active owner of B.F. Fields Moving & Storage after being a silent partner in the business for a number of years.

During his professional career Dick helped serve the Erie Community by serving on the Sacred Heart Church Finance Committee, the boards of the Erie Sewer Authority, Harborcreek Youth Services and Cathedral Prep Advisory Board. One of Dick's favorite activities was watching his grandchildren and their multiple activities, from plays and concerts to any athletic events.

In addition to his parents, he was preceded in death by his sister, Madelyn Squeglia; three brothers, David Squeglia, Carmen Squeglia, and Gerald Squeglia.

Friends are invited to call at the John R. Orlando Funeral Home, Inc., 2122 Raspberry Street, on Friday from 3:00 to 7:00 p.m. and may attend a Funeral Mass on Saturday at Sacred Heart Church, 816 West 26th Street, at 10:00 a.m. Burial will be in Trinity Cemetery. Memorials may be made to the charity of one's choice.

Dick's family would like to extend a heartfelt thank you to the team at VNA Hospice for the wonderful care they provided. To send condolences visit www.orlandofuneralhome.com.


Published by Erie Times-News from Jul. 8 to Jul. 9, 2021.
To plant trees in memory, please visit the Sympathy Store.
MEMORIAL EVENTS
Jul
9
Calling hours
3:00p.m. - 7:00p.m.
John R. Orlando Funeral Home, Inc.
2122 Raspberry Street , Erie, PA
Jul
10
Funeral Mass
10:00a.m.
Sacred Heart Church
816 West 26th Street, PA
Funeral services provided by:
John R. Orlando Funeral Home, Inc.
MAKE A DONATION
Please consider a donation as requested by the family.
MEMORIES & CONDOLENCES
Sponsored by John R. Orlando Funeral Home, Inc. Funeral & Cremation Services.
12 Entries
Lorraine and sons, we send our sincere sympathy in the passing of your loved one. He was a wonderful person.
Dolly & Ron Corsi
July 22, 2021
Dick was a friend of my late father, Ed. My dad always spoke very highly of him. Our deepest sympathy to his entire family.
Pallotta Family, Pittsburgh PA
Friend
July 13, 2021
My deepest sympathy on the passing of Dick. He was a gentleman in the true sense of the word.
Patrick Cappabianca
Friend
July 10, 2021
So sad to hear this news. Condolences to his wife, Lorraine and family.
Diane & Joe Adiutori
Family
July 9, 2021
Mark and Family I was sorry to hear about your Father's death I remember him from Security Peoples and when I was at First National. We would often talk about similar computer problems Mark I often remember our times at Hammermill and our businees trip to Denver. I will keep Dick in my thoughts and prayers Our deepest sympathy John and Mary Hanke
John Hanke
Work
July 9, 2021
Lorraine and family --- We share in your sadness. Dick was such a kind and caring man. Enjoyed the years I worked with him. May God wrap his arms around you all to help you at this time of loss.
Denny and Lucille Brooks
Friend
July 9, 2021
Deepest condolences to Lorraine, sons and extended family, in the loss of Dick.
Donna Pedano Roberts
Work
July 9, 2021
Michael -- I am sorry for your loss. You helped to move my Mother Norma from Erie to Nashville area over 20 years ago. You, your company and your Father's company B.F. Fields exemplified an honorable business. I wish you and your family strength.
jeff abbate
July 9, 2021
Deepest sympathies on the passing of Dick. Beautiful tribute and will remember the fond memories I have of him and your family.
Sarah Cappello
Family
July 8, 2021
To the Entire Squeglia Family Our deepest sympathies and condolences to all of you. Dick was a kind, welcoming and wonderful person who always made you feel good. Knowing Dick was a true friendship!! Our thoughts and prayers are with you during this difficult time.
Joe & Diane Martini
Friend
July 8, 2021
The Squeglia's: You are in my thoughts and prayers.
Andrea Izbicki-Granddaughter to Cora Notartione
Other
July 8, 2021
I offer my deepest sympathy and prayers for the entire Squeglia family during this time of grief. Dick was a good and kind man who will be missed. May your memories bring comfort and peace as you celebrate a life well-lived. May Dick now rest in the arms of our loving God.
Craig J Heuser
July 8, 2021
Showing 1 - 12 of 12 results