FUNERAL HOME
Burton Quinn Scott Cremation and Funeral Services West Ridge - Erie
3801 W. 26th St.
Erie, PA
Hamilton Werren Strayer, age 94, of Fairview, ended his journey, Saturday, March 16, 2013 at UPMC Hamot. He was born in Erie, Pennsylvania on October 27, 1918, son of the late George Hamilton and Anna Werren Strayer. Mr. Strayer was a graduate of Strong Vincent High School and attended Lehigh University. He was owner and president of Erie Strayer Company for over 35 years. He was active in several national concrete industry associations, including the American Equipment Manufacturers, the National Association of Manufacturers, the National Ready Mixed Concrete Association, serving as chairman of its Manufacturing division, and the Concrete Plant Manufacturers Bureau, which he also chaired. Ham was a long- standing member of the Manufacturers & Business Association in Erie, serving as its president in 1971. Ham was a member of Perry-Keystone Lodge No. 392 F.&A.M., Scottish Rite Bodies, Valley of Erie, and Zem Zem Temple Shrine. He was a member of St. Stephen's Episcopal Church. He was a member of the Kahkwa Club, the Erie Yacht Club, Erie Maennerchor Club, a life member of the Erie Club and member of the former Aviation Club, a member of the Pennsylvania Society, an active and well respected member of the Republican Party on the local, state and national levels, and was one of the founders of the "Ridge Runners". He was also a long-time supporter and attendee of the Erie Philharmonic. Ham served on many boards, and was a Fairview Township auditor for over 30 years. Some of his most favorite things were Sunday family dinners, tennis â€" which passion has been passed down from generation to generation, and philanthropy to many organizations including Hamot, where he served on the Board of Corporators. He loved spending family vacations on Paradise Ranch just outside of Buffalo, Wyoming in the Bighorn mountains. He also enjoyed wintering on Sanibel Island in Florida and walking the beach collecting shells. H.W. loved the time he spent with his family and friends at his hunting camp in Forest County His favorite advice was "Stay the course". He was a remarkable man and will be missed by many. In addition to his parents, he was preceded in death by his wife of 48 years, Natalie Griffin Strayer, a son Scott Strayer, and brother Roger Strayer. He is survived by two sons: Hamilton G. Strayer, and Robert F. Strayer and his wife Susan, two daughters: Lydia Haynor and her husband Edward all of Fairview, and Anne Strayer of Westhampton, Massachusetts; six grandchildren: Heather Patik and her husband Garrett of Lafayette, Colorado, Natalea Haynor of San Diego, California, Gretchen Wurtzman and her husband Jeremy of Denver, Colorado, Matthew Haynor of Boulder, Colorado, Shelby Roberts and her husband Brad of Cleveland, Ohio and Kyle Strayer of Erie; six great grandchildren: Ava Patik, Brayde Patik, Beau Patik, Quinn Wurtzman, Maya Wurtzman and John Roberts; a brother-in-law John Kojis of Minnetonka, Minnesota; two sisters-in-law Nancy Strayer of Fort Meyers, Florida and Janet Griffin of Erie; and several nieces and nephews. Friends may call at the Burton Westlake Funeral Home, 3801 West 26th St., Erie on Tuesday from 1-3 and 5-7 p.m. and are invited to attend services at St. Stephen's Episcopal Church on Wednesday at 11 a.m. Rev. Elisabeth Fitzgibbons officiating. Burial in Fairview Cemetery. A Masonic Service will be held Tuesday at 6:30 p.m. Memorials may be made to St. Stephen's Church, 1070 Dutch Rd., Fairview, PA 16415 or the local charity of one's choice.

Published by Erie Times-News from Mar. 17 to Mar. 19, 2013.
To plant trees in memory, please visit the Sympathy Store.
MEMORIAL EVENTS
To offer your sympathy during this difficult time, you can now have memorial trees planted in a National Forest in memory of your loved one.
Funeral services provided by:
Burton Quinn Scott Cremation and Funeral Services West Ridge - Erie
MAKE A DONATION
Please consider a donation as requested by the family.
MEMORIES & CONDOLENCES
30 Entries
Dearest Hambone, I am so sorry about your dad's passing. I stll remember meeting your mom and dad at Alta so many years ago; I enjoyed them both very much. I am thinking of you and sending you all my love. Melissa Parker Lindsay
April 24, 2013
The very best in your time of loss. Hamilton was indeed a pillar of the community in business, and his personal life. A great legacy.

Best wishes to all-

Mark & Becky Hooven
Mark Hooven
March 26, 2013
I am so sorry that I am out of town and wasn't able to be there . Ham was a constant in my life as he frequented many parties and clubs and it feels like I saw him everyday. Enjoyed all his funny quirky jokes and sunny personality. I will miss his friendship. My condolences to you all.
Lynette Hughes
March 22, 2013
Dear Annie and Lydia,
I'm so sorry to read of your father's passing. I am out of town or would have come to see you at his service. Many prayers for you and your family at this sad time. Jeanne Quinn Lillis and Gary Lillis.
March 20, 2013
Guy we are sorry to hear about your fathers passing. We did not know him but are sure that he was a great person. Please accept our Sympathy.
Bob and Anne Dziubkowski
March 20, 2013
Our deepest sympathies and condolences to the family. Our thoughts are with you.

All of us at D'Ambra Equipment
March 20, 2013
We are so sorry for your loss. Please accept our condolences and prayers during this difficult time.

All of us at D'Ambra Equipment
March 20, 2013
Lydia; Seeing the picture of your Dad's nature trail sign, I'm reminded of the time I walked by it with Gib Loesel. It was a bit loose and tilted, so we found a rock and pounded it back in, the top straight to the sky. The trail went on and on, like him, seemingly forever, around this bend and the next,into the beyond. He's on that trail now, finding new twists and turns, onward forever. I'll never forget riding with him......
Doug Nagle
March 20, 2013
My deepest sympathy to the Strayer family,
Mr. Strayer was a well known and very respected member of the manufacturing community. Our community has lost a great leader, I will miss his wisdom, guidance, passion and most of all his friendship. May God bless his family during this difficult time.
Ralph Pontillo
March 20, 2013
I had the pleasure of seeing Mr. Strayer many afternoons at the Erie Club. He was a great person and he will be missed by all of us. Mr. Strayer was kind and funny and overall, just a great person. Our thoughts and prayers are with you.
Melanee Duffin
March 19, 2013
We are so sorry for your loss.
Cindy and Geoff Wright
March 19, 2013
To the family of Ham Strayer--
My sincerest condolences on your loss. Ham was a gentleman, a bright and lively conversationalist, and it was wonderful to be in his company.
God bless all of you.
Susan Miller
March 19, 2013
Your Father was a great person and a good friend. I know he will be missed by many in the Erie community. My thoughts and prayers are with you. Corky Anderson
March 19, 2013
To the Family - Mr. Strayer was a wonderful gentle & kind man. May the memories of his wonderful life sustain all of you.
HS Reyburn - Lititz, PA
March 19, 2013
Our deepest condolences & blessings to your family.

I was so sorry to hear of your loss and my prayers go out to the Strayer family. Sorry that I could not be in Erie to visit and pay my respects in a more personal way.
Gary Garnavish
March 19, 2013
Deepest condolences to the entire family. Ham and Natalie were two of my best friends both socially and politically. I will miss him.
Harvey D. McClure
March 19, 2013
Thank you for giving my brother his first job out of high school. Your high level of standards for work and love for the community has won over the respect and admiration of others. My prayers for comfort for the family during this time.
Loretta (Szall) Keach
March 19, 2013 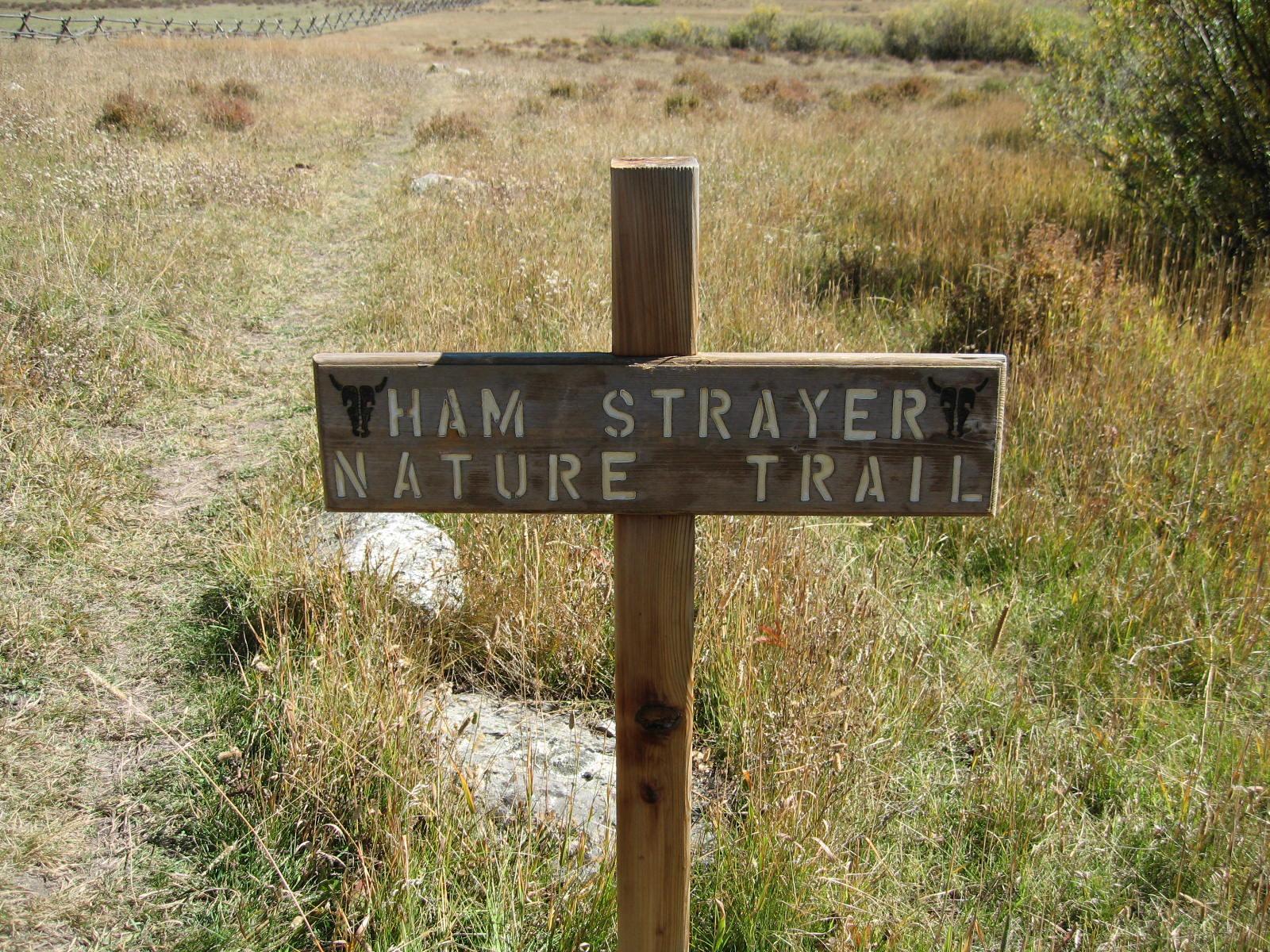 A few years ago I was lucky to be with him at his beloved "Paradise Ranch", what a gentleman and delight to be with ... the only "cowboy" I know who had a trail named after him ... He will be missed by many ...
gib loesel
Gib Loesel
March 19, 2013
IT WAS A HONOR TO CROSS YOUR PATH.I WILL
MISS YOU.
JOHN P.FACCHIANO
March 19, 2013
Dear Family ~ Please accept my sincerest sympathies on the passing of your Dad. I consider myself very fortunate to have worked for your family's business. He was a man of high standards and values. My thoughts are with you at this time.
Sharon Smith
March 18, 2013 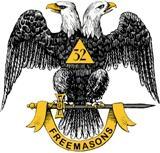 The Valley of Erie Scottish Rite extends our sympathy to the family of Brother Strayer. May we all be comforted by his Scottish Rite motto, "spes mea in Deo est" (my hope is in God).
Richard B. Elberfeld, Jr. Secretary
March 18, 2013
Lydia and Ed,
May we offer our deepest sympathy on the loss of your father. Hopefully in the days ahead, may you find peace and comfort in your family and in your memories of your dad. Thinking of you both in this difficult time.
Mary Grace and Denny Shannon
March 18, 2013
To the Entire Strayer family,
Our condolences to you on the passing of your dad. thoughts and prayers with you during this difficult time.
Peggy & John Allin
March 18, 2013

darryl makepeace
March 17, 2013
Lydia and family,
My sincerest condolences on the death of your beloved father. May the Angels carry him to Heaven, where he will lovingly watch over all of you until you are together again.
Sandy Miller Hoitinga
March 17, 2013
Your Dad will be missed by all who were fortunate enough to cross paths with him. May God hold you all in the palm of His hand during this time and may Ham rest in peace.
Candy Geigle Kramer
March 17, 2013
Many fond ranch memories, with your father and your family, will always remember making his breakfast 2 over easy's, bacon, and potatoes
Greg and Andy GOSIAK
March 17, 2013
Blessings to your family.
maureen minier jeffreys
March 17, 2013
Showing 1 - 30 of 30 results